The Chairman of the Isle of Wight council Corporate Scrutiny Committee has compiled 43 questions about FB6, which he hopes to have answered tomorrow. According to the officer’s report, that might not happen 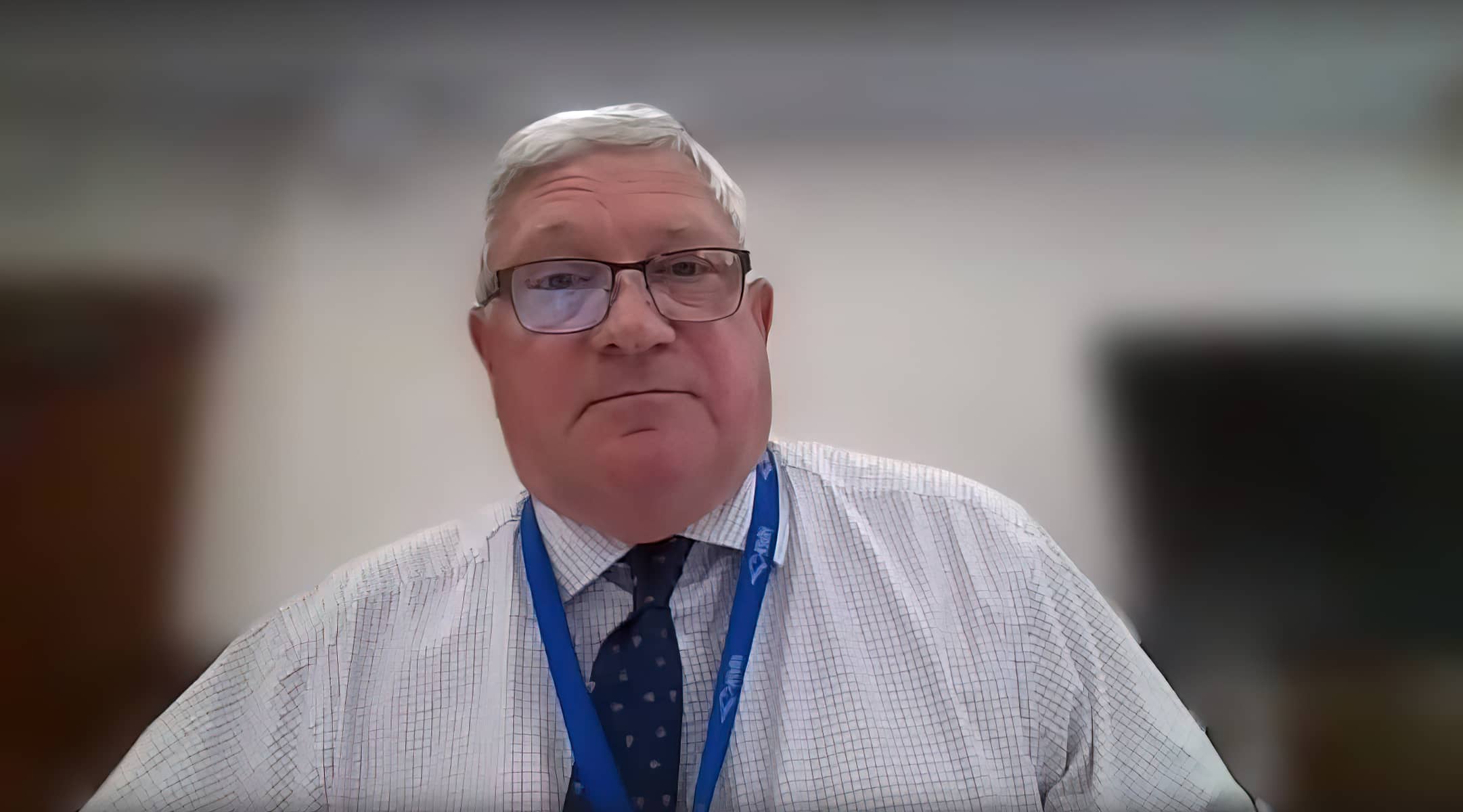 Members of the Isle of Wight Corporate Scrutiny Committee will be hearing an update on the Cowes Floating Bridge on Tuesday afternoon at the last committee meeting until June 2021.

Papers for the meeting have drawn attention from the councillor for East Cowes, Karl Love, as well as the Cowes Medina councillor Cllr Peacey-Wilcox and East Cowes town councillor, Cameron Palin.

Cllr Hollis has compiled 43 questions (see below) for the meeting, but it appears that not all will receive an answer.

Might “form the basis of the review”
One of the recommendations that the Corporate Scrutiny Committee is asked to consider includes:

That Corporate Scrutiny Committee notes the questions from the Chairman and agrees that where these have not been addressed through the report or cannot be addressed due to the legal situation, they will form the basis of the review of the outcomes of the mediation process

Hollis: No comment
News OnTheWight asked Cllr Hollis whether he would like us to include some words from him to help people better understand the situation. His response was,

“I am not going to pre-empt the meeting on Tuesday. There is still material coming in from various  people  which has to be evaluated.”

Chairman’s questions
Below are the 43 questions compiled by Cllr Hollis.

Internally
1. When was the IWC Procurement Committee abolished and why?

2. Please name the members of the committee who set up the purchasing project and name the person who was appointed to head the project.

3. Please state who was appointed to draft the tender, and what were his or her qualifications to do so?

4. Alternatively, please state what experts were employed/instructed to give advice on the project at the initial ‘pre-contract’ stage?

5. Was the project advertised locally? and/or what local firms including those from the Solent Area as well as the IOW were notified and given the opportunity to bid?

6. What local knowledge was obtained and from whom?

7. Please produce a copy of the initial tender used to attract bids from marine architects. Did this include the requirement of Cowes Harbour Master (minuted 25.3.15) that the clearance depth be increased for a minimum stretch of 13 metres from the current 1.3 metres to 2.5 metres. (This does not appear in the BCTQ specification).

8. What specifications were included in the IWC advert/Tender document as to the requirement (a) to use the existing chains and (b) to ensure that the new vessel could withstand the tidal flow at mid-ebb tide.

9. Please state how the project was advertised to Marine Architects and how BCTQ were selected from 3 firms who tendered? (A section of the minutes of the meeting of the Solent Gateways Project Board dated 25.3.15 have been redacted under the paragraph ‘Appointment of Naval architects’). According to those minutes, SN was to organise and interview date for the 3 bidders. Did these interviews take place? Please produce a copy of the bids/tenders from each of the bidders.

10. Were any conflicts of interest disclosed by Councillors in the selection process

12. Please state where the project ‘Open Day’ was advertised and any other means apart from the subsequent advertisement in the OPEQ by which bids were attracted from the ship builders?

13. How many bids were received from builders and what criteria was established to examine these and select the successful applicants? Please produce copies of these bids.

14. Who signed off the Procurement? What advice did they receive and from whom

16. The FB timeline (Appendix 2 of Scrutiny Report Jan18) states his contract started 20.7.15 to 19.1.18. (Is this a typing error?) Please confirm end date of his contract and please explain what is meant by ‘Request for contract Price Variation for Owners Representative’.

17. Why did the Owners Representative support end once the FB left the shipyard, rather than at Cowes after operational trials. Was his departure raised with Senior Management? Who supervised the project once he had left? How much supervision did he apply to the project and has his appointment been evaluated and is it considered good value for money?

*(Why was someone with local knowledge not sought/chosen)

Marine Architects; Burness Corlett Three Quays
18. Please produce a copy of (a) the contract with them (b) their indemnity insurance policy (was it evaluated and if so by whom?)

21. The Cowes Harbour Master attended the meeting on 25.3.15 and stated at paragraph 4 of the minutes that more depth was required in the centre of the river due to the shallow depth at the crossing point and the ‘very tidal nature of the location.’ It was minuted on 6.5.15 (i) that IWC wished to increase the vehicle carrying capacity of the floating bridge and (ii) that IWC (in conjunction with CHC) want to consider overcoming the problem of the chain’s effect on the draught in the River Medina. What steps did BCTQ take to (a) establish whether these requirements could be achieved?

22. What steps did BCTQ take to ensure that the existing chains would be suitable for the larger vessel? And could sit lower than with the previous vessel in order to meet the requirement for more clearance?

Mainstay Marine
23. The minutes of 6.5.15 meeting state that 8 Pre-Qualification Questionnaires from prospective Builders were received. The next sentence is redacted, but it is stated that Evaluation needed to be undertaken by 15 May which is surely inadequate time? What was the reason for this rushed timescale? Who evaluated the PQQs and what were their findings? Was Mainstay Marine appointed purely on their price estimate?

24. Please produce a copy of the contract with the builders and a copy of their indemnity insurance policy (which they should have provided with their bid or with the signed contract)

25. What warranties or guarantees were given by the builders? Please produce copies.

Cowes Harbour Commission
26. What information did the Harbour Authority supply to the Marine Architects or Builders to establish the current nature of the marine environment including the depth of the river and the tidal Flow?

28. Please provide a copy of the contract with Cowes Harbour Commission to use their vessel/barge known as ‘Seaclere’ to push FB6 against the ebb tide on a regular basis and state who agreed this on behalf of IWC.

29. Is it accepted that it is financially unviable to have the CHC barge continue to push the FB against the tide?

Shoreside
30. Who was in charge of the shoreside works?

31. Who decided upon the criteria and the engineering?

32. Was anything changed with regards to the physical securing of the chains?

33. When in the project was this decided?

34. Who was consulted and who gave the final advice?

36. Please provide a history of the vessel being in and out of service since it was commissioned, with dates.

37. Please describe the technical reason for each time it has been taken out of service for mechanical reasons.

38. When problems were encountered, what expert advice was taken (a) initially and (b) ongoing?

39. What repairs/alterations have been carried out and who by? Were these temporary or permanent? And how much has been spent?

40. Please state what steps have been taken to ascertain if FB6 can be altered to make her fit for purpose? And what other works might need to be undertaken either shoreside or in the river? What is the likely cost of any such work?

41. Please produce copies of correspondence with third parties suggesting how this might be achieved and any reason why the proposed alterations cannot go ahead?

42. What alternatives have been considered in order to achieve a regular, reliable vehicle and passenger crossing over the Medina?

43. Given that litigation is ongoing to recover losses incurred by IWC. Please state whether this includes claims for damages against the builders and the Marine Architects and whether joining Cowes Harbour Commission has been considered (if the tidal information was wrong)? Does the loss claimed include future losses/costs as well as costs incurred to date?

Watch the debate
You’ll be able to hear the latest update at the Isle of Wight Council Scrutiny meeting at 5pm, Tuesday, 9th March.

Vote Up19-11Vote Down
confidential
Really YJC? What exactly has Cllr Hollis done ? Do you mean ‘compiled 43 questions?’ This implies that Cllr Hollis has written his own interrogation! At all IW Council meetings the author of each Public Question has to declare their name, so will Cllr Hollis be stating his own name 43 times in the15 minutes allocated? And it has not escaped attention that the selected questions have… Read more »
Vote Up20-10Vote Down
Benny C

It might stop it happening again on another project. Governance is important. Yes there are flaws but not doing this would be worse. No one would ever feel they had to worry about their behaviours. Ian Ward has a lot to answer for. This all happened under his nose. It might get him removed and give us a better Cabinet member for Infrastructure, with any luck.

we only get what we vote for

Vote Up70Vote Down
carlfeeney
I argued way back before the FB6 procurement was finalised, that in the 21st century we should not be replacing incredibly inefficient 19th century infrastructure like for like. Our expectations and requirements for fast transport have evolved… for business and pleasure. I argued for a pedestrian tunnel in the FB6 location complimented by a vehicular Medina crossing bridge from Fairlee to Stag Lane. I explained how this… Read more »
Vote Up14-25Vote Down