Cllr Wayne Whittle says Wightlink need to bring the Fastcat back into service now, and describes talks with the ferry company bosses as ‘very distressing’ 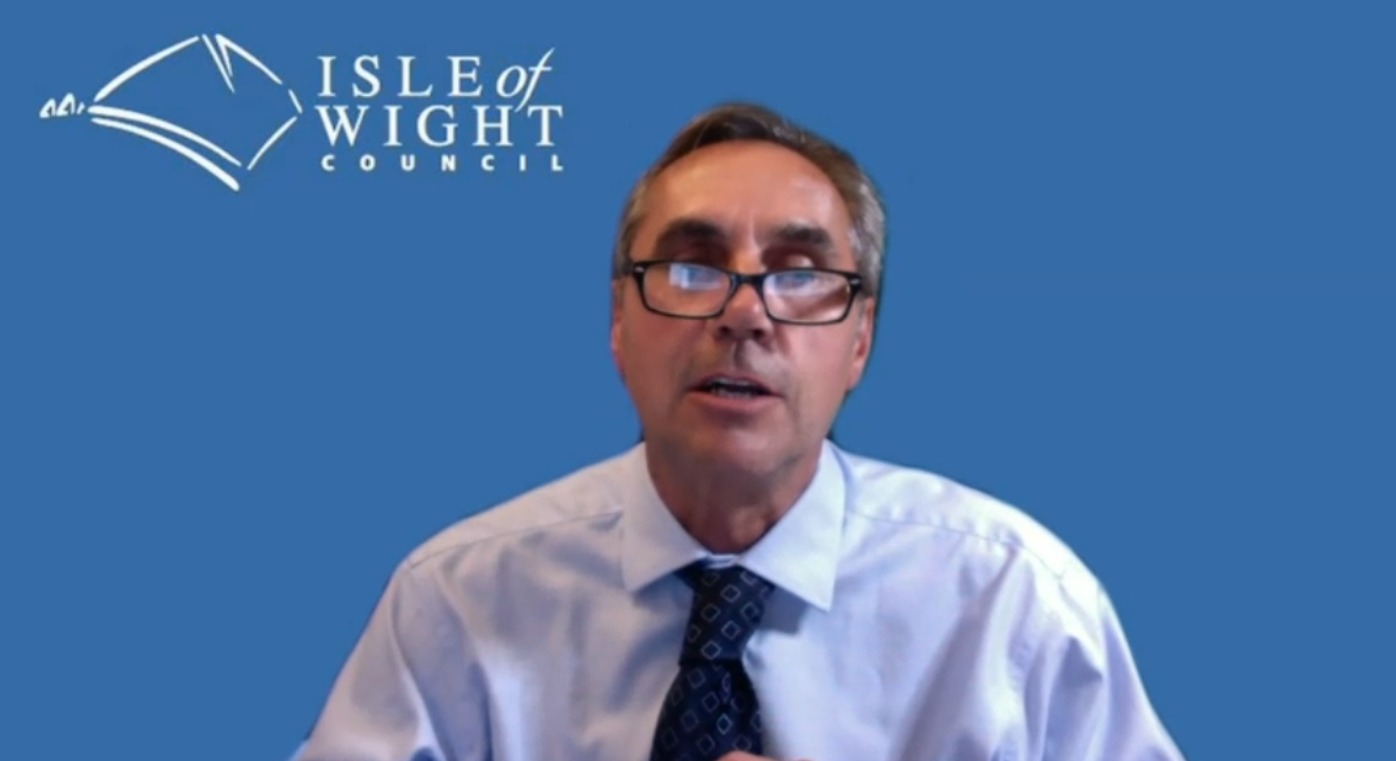 “It is cutting off the Island.”

A councillor has shared his frustrations about the lack of a passenger service to and from the Isle of Wight.

As Coronavirus lockdown restrictions start easing and with a potential increase in visitors to the Isle of Wight, ferry services have started to be put back on after passenger demand got so low, operators pulled routes out of service.

Delayed return of the FastCat
However, one service, in particular, is causing great stress to residents, business owners and officials – as it is yet to be put back on.

The Wightlink FastCat route from Ryde to Portsmouth, which directly links the railways on and off the Island, will be out of service for some time still due to the lack of passenger demand as people continue to work from home and tourists are being advised against non-essential journeys on public transport.

Whittle: FastCat not working is affecting our resorts
Speaking on Thursday, at a meeting of the Isle of Wight Council’s policy and scrutiny committee for regeneration and neighbours, the cabinet member for regeneration and business development, Cllr Wayne Whittle, described the on-going complications and talks with Wightlink bosses as ‘very distressing’ and affecting sustainable transport on the Island.

“The FastCat not working is affecting our resorts and that is where the ferry companies, Wightlink in particular, are directing people to the car ferries – encouraging more vehicles over here and less sustainable transport, which is disappointing.”

“It is very disappointing when you think the government is funding, to the tune of millions, cross-Solent ferries and railways, but we have ended up with one of the only broken rail links in the country and that has excluded people who don’t have vehicles coming here.

“I would really like to see Wightlink doing their part to get the FastCat going for Ryde as the Hovertravel is a very good service but it is not very well linked to the rail.”

Cllr Whittle hopes this would improve demand for ferry and rail operators because without the Portsmouth to Ryde route ‘it is cutting off the Island’.

Jones-Evans: We need to get these ferries going
Cllr Julie Jones-Evans, for Newport Central, agreed. She said:

“We cannot afford to lose this summer otherwise it will be three winters in a row essentially and it will be a famine. It is quite serious. We need to get these ferries going.”

Cabinet member for infrastructure and transport, Cllr Ian Ward, said the council is going to ‘try to delve deeper into Wightlink’s rationale’ because getting the FastCats up and running would benefit everyone.

‘Where the Isle of Wight leads, Britain follows’, and now, ‘Isle of Wight Welcomes You’, how about, ‘Visit the IW and Ride the Second Wave’?

So out of touch with how islanders feel

Now let me guess, is Wayne Whittle a Conservative Councillor?

A con councillor, a con man, with convictions for selling counterfeit and dangerous goods, and a Private Eye ‘Spiv of the Year’…”which is disappointing”.

I thought being a bit dodgy was a prequisite for being a Conservative politician?

A possibility supported by cllr. Perks “disappointing” refusal to pay over £30,000 due from his time at Ventnor Winter Gardens?

If any of your assertions SG are true, then what are Islander’s doing voting for such an individual to become a councillor, has the world go completely mad?

To clear up any confusion: the statements are all true, all mentioned before OTW, and obviously all worthy of repetition for consideration by voters.

Wrong!! As editor of Private Eye, Ian Hislop is the most sued man in English legal history, although now, he is not involved in as many libel actions as he once was.

Shome mishtake, shurely? (as often written by the PE editor who has been sued by many nasty people, who usually lose!!)

Denbo, if you put “Wayne Whittle conviction” or similar into the OTW search, you’ll come up with the relevant article.

How can someone with so little consideration for the health and well-being of islanders be a Conservative `Councillor?

Vote Up17-1Vote Down
Fenders
Sadly, reading the OTW reports of Mr Whittle conviction, and his excuses made in Court, they appear to be perfect example of, ‘where the IW leads the Country follows’. I am sure the Government will be anyone and everyone else for their shambolic handling of the Covid-19 pandemic, it’s the Conservative way. Why of why do we put up with these people, and vote them time after… Read more »
Vote Up18-1Vote Down
Benny C
Pretty disappointing that yet again we have to endure a Councillor more skilled at grandstandIng than demonstratIng any sort of ability to deliver something meaningful and useful. We can all talk the talk, Councillor. we elected you to walk the walk. Get on with it or get off the pot. You’re wasting time and damaging your status. Groundhog Day Councillors who demonstrate only ditherIng instead of doing… Read more »
Vote Up18-2Vote Down