Find out how your Isle of Wight secondary school performed in the 2019 Progress 8 scores. OnTheWight has the details 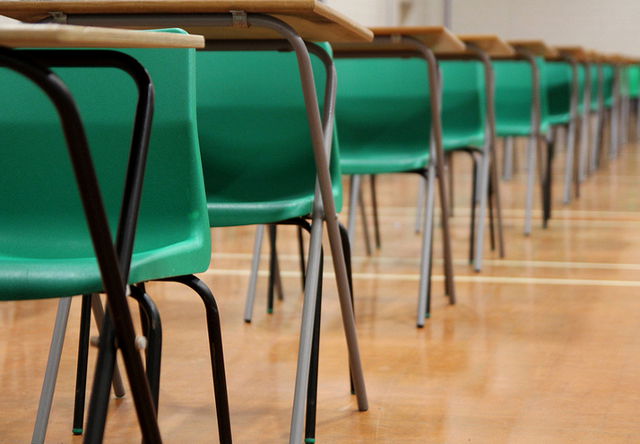 The Isle of Wight’s best and worst performing secondary schools have been revealed, based on this year’s GCSE results.

The government has published provisional Progress 8 scores — which measure the progress made by students between KS2 and KS4, compared with other schools nationally — before the finalised figures are published in January.

Only one Isle of Wight school, Cowes Enterprise College, has been ranked in line with the national average.

All others below average
The other seven schools all fell below the national average score of -0.03 — some well below.

However, Carisbrooke and Medina Colleges have improved their provisional scores, helping to raised the Isle of Wight’s overall average from -0.38 in 2018 to -0.34.

At the top of the Island table, and the only average school, was Cowes Enterprise College, even though its rating fell by 0.06 compared with last year. Nationally, 38 per cent of schools were ranked as ‘average’ schools.

“We are delighted our students have once again performed so strongly in their GCSE examinations.

“As a result, Cowes Enterprise College has been ranked by the government as the highest performing secondary school on the Island, for the second consecutive year.

“These strong results showcase the positive difference we are continuing to make for the young people we serve, and are a demonstration of our success in maintaining these high standards.”

At the bottom of the table, Carisbrooke College was ranked ‘well below average’ with a score of -0.6 — still an improvement on last year’s rating of 0.24.

Parr-Burman: “We need to improve”
Carisbrooke headteacher Matthew Parr-Burman said, fundamentally, the school did not perform as well as it should have.

“We need to improve — I am not hiding that fact. We have improved and, looking at predictions for next year, we will improve further.

“These results will be based on students who will have chosen their GCSEs three years ago — at the time, not enough pupils did languages. Now students are doing a suite of subjects.”

IWC: Attaining highly across a range of subjects is important
An Isle of Wight Council spokesperson said:

“While the modest improvement in Progress 8 is clearly welcome, it needs to be viewed in context.

“Progress 8 is as much an indicator about the combination of subjects students study as it is about academic progress.

“Some subjects that children choose because they interest them may not be the ones the Department for Education determines as counting in this measure.

“It’s a good jump forward and we would like to say our congratulations to the students that worked so hard to achieve good grades and to the teachers that supported them.

“There is much more to do in the Island’s schools around the curriculum offer. Attaining highly across a range of subjects is important. If that can be achieved our Progress 8 indicator will also improve.”

The scores
Isle of Wight’s schools, and their Progress 8 scores, have been rated as follows:

newest oldest most voted
alisonjane
The Islands school children, nearly eight years on, are still paying the price for the disastrous change from a three tier to a two tier education system under the watch of a Conservative Administration, led by David Pugh. Despite every Headteacher of every school voicing their concerns and being ‘threatened’ with the sack if they spoke to the media. Despite the biggest ever demonstration seen on the… Read more »
Vote Up35-7Vote Down
paul

Closing Yarmouth School will also cause more disruption and have further negative impacts for the children of West Wight.

Vote Up7-6Vote Down
maryclaridge
Schools are judged on a variety of performance indicators. This article only focuses on progress 8, which schools can still manipulate by doing non gcse courses or by limiting students choices in subjects that don’t translate well from KS2 English and maths to GCSE point scores eg Languages and the Arts. According to other performance measures available on the government provisional results table, Well done should also… Read more »
Vote Up6-1Vote Down
cjww

I thought Ryde School had the highest results? What were their Progress8 scores?

The private schools are not included in the data

I think the article should be clarified with “State Secondary Schools” as it gives a false impression of the performance of ‘IOW schools’. We do have schools with great results and it is not right to exclude them. Giving a full picture may also help attract the talent we so desperately need to fill vacancies at St Mary’s and many other IOW businesses.