Jonathan Dodd: The appliance of science

Jonathan returns with his Sunday column and explores the often ignored, Ig Nobel Prize Awards. A thought-provoking read as always. 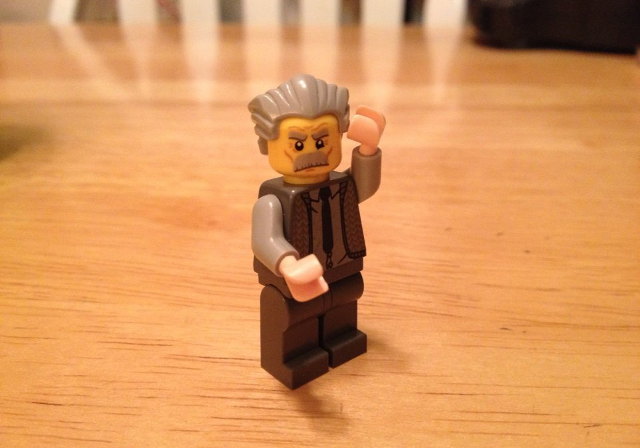 This week saw the results of the 25th Ig Nobel Prize Awards. It’s not much of a surprise to me that hardly anyone knows about these obscure, and frankly, not very important awards, because they’re not about the big headline acts that line up for the Nobel Prize.

These Ig Nobel Awards are about good and precise science, but not in areas that are particularly headline-grabbing. They can be seen as a way of making fun of science, or of making science fun. I remember my science lessons in school as being dry, boring and painful, because my teachers may have had some joy in their subjects, but they all seemed to have lost it by the time I arrived in their classes.

A giant leap for poultry in general
This year, the ten awards were distributed among some very fine contenders. There was an experiment that showed how you can attach a false tail to a chicken and it will adapt its movements to that of its ancient antecedents. So. Literally, a chicken with an attached tail – ‘walks like a dinosaur’. This may not be a big step for chickens, or even a giant leap for poultry in general, but it does rather clearly make the obvious – that birds are descendants of dinosaurs – even more clearly obvious. Please note, Creationists everywhere. It also makes the study of dinosaur movement much easier.

A lot was probably learned about how to annoy bees too
There was also a scientific study in which the pain of bee stings was measured for various parts of the body. It was discovered that the worst pain is not, as one might assume, on the skull or the upper arm, but the upper lip and the nostril, and for men, in particular, one area which might be stung if a bee should wander into one’s underpants. The thing about this experiment, which made my eyes water, was that it was conducted in a controlled way. In other words, the bee was introduced to a part of the body, and was then annoyed enough to do the thing. So a lot was probably learned about how to annoy bees too. I have nothing but admiration for the researcher, even though the heroic efforts of the bees was rewarded by an early death.

Pain whilst driving over speed bumps
There were more experiments, including one which established that pain whilst driving over speed bumps is a reliable early indicator of impending appendicitis. And I rather liked the one which determined that dogs, if not restrained, will usually align themselves along the Earth’s magnetic axis – South to North, when relieving themselves. But this experiment was pipped at the post, so to speak, by another animal micturition study. Apparently, all mammals weighing over 3kg take very close to 21 seconds to empty their bladders. Mammals of a smaller size, apparently, have a variety of methods to do so.

Predicting the results of elections accurately
This finding was awarded the Ig Nobel prize this year. The competition is decided by a panel of distinguished scientists, and all entries have to pass rigorous scientific tests to show that they were properly and accurately conducted. I applaud the efforts of the team who won. I know that anyone’s first response to such a competition would be to scoff, followed by the thought that someone paid for the research and what a waste of money it was, better spent on something more sensible, such as filling in potholes or predicting the results of elections accurately, and that was indeed my own first reaction.

Science is rather like building a house
But it’s actually quite a serious business. The whole purpose of science is to learn through studying phenomena. There has to be a hypothesis, followed by a design, and then a period of collecting data, which can then be used to decide whether the hypothesis can be said to be true or not. You can think of science as being rather like building a house. You need a large number of individual items to build a house, and a lot of skills to use them in an effective way. You also need very good plans of the structure you intend to build, and a very strong management system for the build itself. If you think of our determination to discover and understand everything around us as a house, then it makes complete sense to check that everything we use in our structure of knowledge has to be the very best we can come up with. So everything we study and conclude adds to the integrity of what we believe we know. There’s another way of thinking about science, and that’s pure research, the so-called ‘blue-sky’ thinking, where scientists are paid to use their imagination and follow paths without necessarily knowing where they’re going or whether they have a change of succeeding.

We don’t seem to do any of these big efforts any more. Governments have stopped seeing the value in experimentation, even though there’s plenty of evidence that it does pay off. The trouble is that this research requires investment up-front, and the results can’t be guaranteed. It takes a war for resources to be concentrated in this way as in the work of Turing and others to break the Enigma Code, which was a fore-runner of today’s computers. So I applaud the participants in the Ig Nobel Awards, and their backers, and the organisers. They’re designed to – ‘make people laugh, and then think’. The chicken with a tail will help dinosaur research, the speed bump pain will speed up appendix diagnosis, the winning entry will help medical research into urinary infections and diseases, because it proves that all large mammals use exactly the same systems in the same way. I’m sure nobody has found a use for the research that proved the existence of the word ‘huh?’ in every human language yet. But I’m pretty sure they will.

newest oldest most voted
neil
Nice article, always happy to see science being discussed, and in particular how to engage school-age children. Science at its most fundamental (and indeed its origins) involves philosophical thought, from which a hypothesis is made, which requires either a thought experiment (cats in boxes!) or something quite spectacular such as CERN accelerator to prove or otherwise. I love encouraging my own children to Think and question. That’s… Read more »
Vote Up00Vote Down