Letter: Time for Government to confirm or deny 1943 German raid on the Isle of Wight 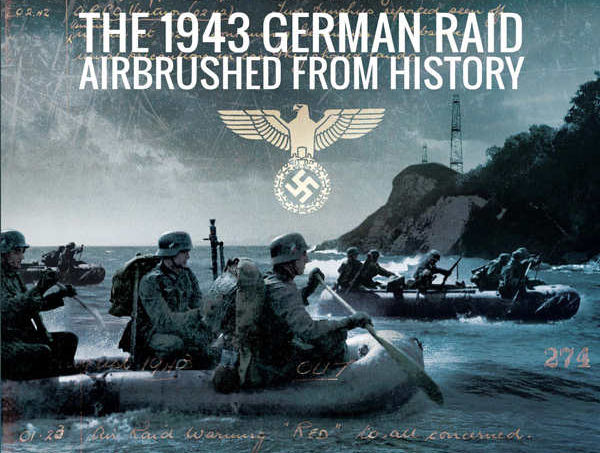 This from former Islander, Brian Dennis ahead of next week’s VE Day celebrations. Ed

Anniversaries are the opportune time to remember our history and perhaps re-write, confirm or deny stories which persist from our past.

Island author Adrian Searle wrote book a few years back (Churchill’s Last Wartime Secret: The 1943 German Raid Airbrushed from History) based on an account by a German soldier, Dr Dietrich Andernacht, who said he was in a secret operation to steal equipment from the RAF St Lawrence radar station on 15th August, 1943.

Twelve specialised stormtroopers tried to come ashore in dinghies until they were spotted and engaged by regular British soldiers.

Episode ‘hushed up’
As well as providing a time and place and a named witness, Adrian, who I knew as a stickler for research and facts, quoted an Islander who said he was one of those who had to sign the Official Secrets Act, but the episode has been hushed up since to preserve the boast no German soldier set foot on British soil (Channel Islands the exception).

Time to confirm or deny
Surely 77 years later and on this anniversary, someone in today’s Government could issue a one-and-for-all denial or confirmation of this raid.

Or perhaps Isle of Wight Conservative MP, Bob Seely, could ask the question in the House of Commons?

Filed under: Island-wide, Letter to the Editor, Ventnor

8 Comments on "Letter: Time for Government to confirm or deny 1943 German raid on the Isle of Wight"

A plausible tale which merits verification one way or the other.

Whilst I tend to think of these things a tall tale, I remember collecting rifle cartridges from around the Knowle Farm/ St Catherine’s area but my mother made me throw them away as she did not like War etc. My dad said the military used to train thee, but they didn’t. I wish I had kept one.

I rather think the government (and the MP) have more more important stuff to deal with right now!

Vote Up5-1Vote Down
Mr Magoo
Fair point Wellsm but there must be windows in Governments’ business to find time to answer a relatively simple question after 77 years. Even in the fog of war truth is important although at the time it was expedient to deny this. Can I just say my request is a marker in the sand for when someone somewhere in Whitehall has the time to answer. The VE… Read more »
Vote Up8-3Vote Down
Geoff Brodie

Former islander and former editor of the CP

Correct, I didn’t feel it was necessary to point out.

Vote Up12-3Vote Down
georgegm
I lived in St Lawrence in 1943. My Aunt was the District Nurse for ST Lawrence, Niton and Whitwell and obviously travelled extensively in the area. As far as I can remember nothing was ever said about any raid by anyone in the area. I’m sure the odd word would have got out! I was also in the choir at St Lawrence church and in the Scout… Read more »
Vote Up4-2Vote Down
Tamara

Perhaps it was hushed up so as not to cause alarm to this then very small, isolated and vulnerable community.