A two-year project that aims to reignite a sense of pride and passion in cultural heritage on the Isle of Wight was launched earlier this year. OnTheWight has more detail. 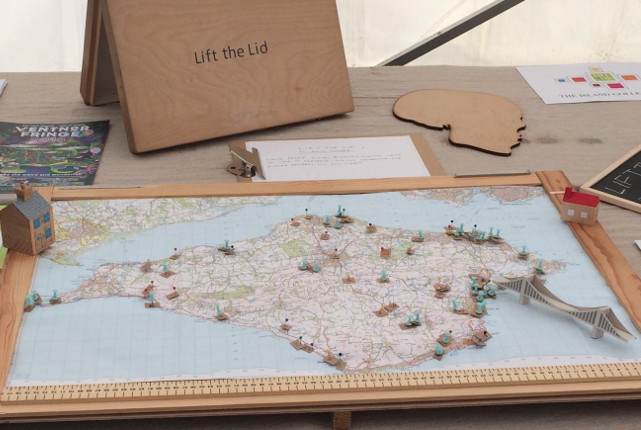 Earlier this year – at the fantastic Hullabloo event – a new arts project was quietly launched on the Isle of Wight.

Lift the Lid on Island Culture is a two-year Arts Council England and Artswork funded project, which will see artists, arts organisations, schools, museums, and environmental organisations all working together the reignite a sense of pride and passion in cultural heritage on the Isle of Wight.

As already reported here, Jack Barnes was chosen to work across Ventnor Exchange and Quay Arts.

Meanwhile, Leonie is now working as an apprentice with The New Carnival Company and Brading Roman Villa.

Look out for public artworks
Over the next two years, we can look forward to seeing public artworks in four areas across the Isle of Wight; Pan/Newport, East Cowes, Freshwater/Totland and Ventnor.

The project coincides with the European Year of Cultural Heritage in 2018 and the Year of the Biosphere in 2019, and the hope is that it’ll engage residents through a series of workshops, talks, expos and events.

You can find out more about the project via the Lift The Lid Blog.