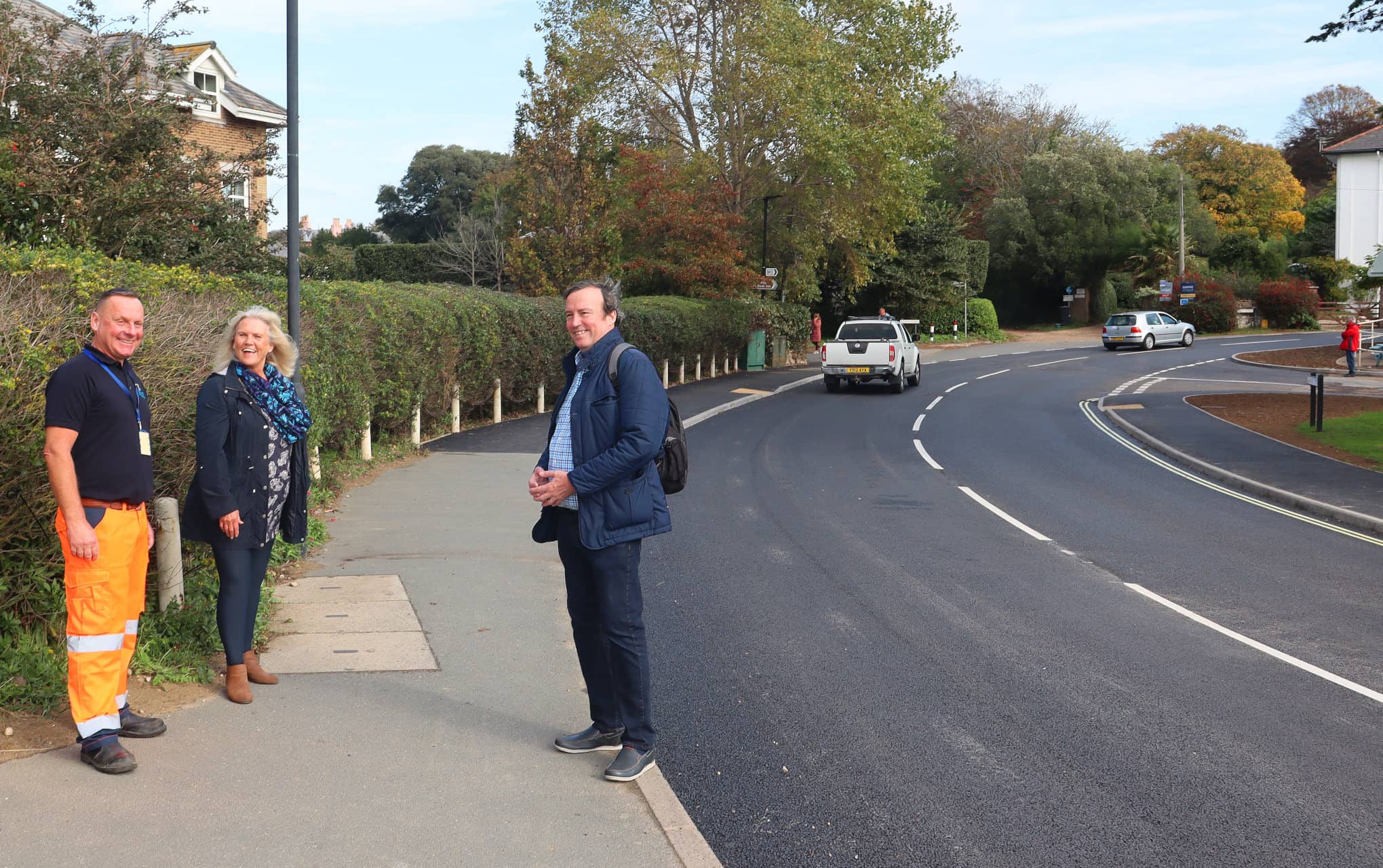 A road safety scheme to provide better visibility at a busy Bembridge junction has been completed.

The improved pavements give a safer crossing point for pedestrians, more grass verge and a much better view for drivers approaching the junction next to the popular pub the Pilot Boat Inn.

The work has involved realigning the pavements and kerbs to allow adjustments to be made to the junction itself.

Tactile paving has also been installed to help pedestrians with mobility issues cross the busy section of road.

The road itself has been resurfaced, new road markings put in place, and next year when weather conditions permit anti-skid surfacing is due to be installed.

“I think the work has reduced the general speed of traffic in the area, and it has certainly made this busy part of the village safer for everyone.”

“This has been a junction known locally as one where motorists have had to take particular care.

“Drivers will still need to take care of course but the junction is better now for all users, so I am pleased that the Isle of Wight Council was able to find the extra money for this work, which falls outside of the usual PFI contract with Island Roads.”

“We know this scheme has been a while in the planning but we are pleased to have completed the actual work on schedule and would like to thank the local community for the co-operation and understanding shown during construction.”

Just came up the hill, this afternoon, (Thursday) and nearly got hit by a learner coming down the hill and taking the corner wide.
Personally I can’t see any improvement in safety!