The changes mean investors will be able to negotiate longer leases with the Isle of Wight council, and it takes the brakes off the proposed plans for the Harbour 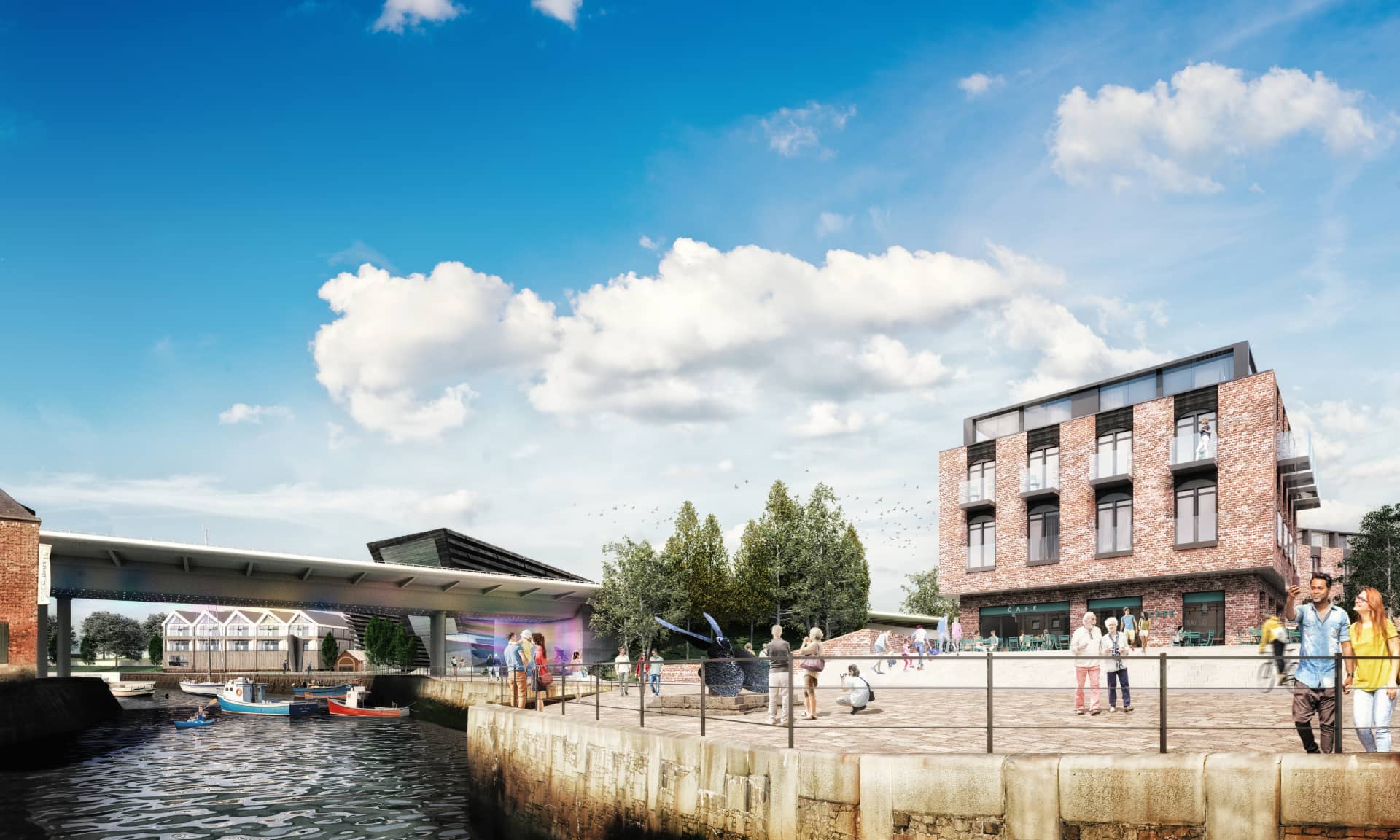 A major barrier to the long-awaited regeneration of Newport Harbour has been removed with the granting of a harbour revision order by the government.

Longer leases can now be negotiated
The order, approved by the Marine Management Organisation (MMO) and Parliament last week, will enable the Isle of Wight Council to negotiate longer term leases for existing and new harbour tenants.

Ambitious plans
The approval comes almost a year since the council first unveiled its masterplan for the harbour, with ambitious proposals to regenerate the waterfront and surrounding areas.

Key proposals of the masterplan include a new cultural centre, hotel, multi-storey car park and a footbridge over the River Media. The plans also include much-needed affordable homes.

“The granting of the order effectively takes the brakes off the scheme and puts us in a position where progress can be made.

“The timing is significant as the Island seeks to recover from the devastating coronavirus pandemic. Having all the permissions and flexibilities in place to attract investors means our harbour plans can play a major part in Newport’s and the Island’s post-pandemic future.

“Our redevelopment plans for the harbour will concentrate on existing ‘brownfield’ sites. We want to avoid the development of greenfield sites on the Island where possible.”

Former constraints
Previous rules dating back to 1847 severely constrained the council in that it could only offer potential tenants short-term leases – up to a maximum of three years – on buildings and units within the harbour.

Ashman: Harbour as a working facility an important consideration
With the removal of that restriction, Chris Ashman, the council’s director of regeneration, said Newport harbour was a flagship regeneration opportunity for investors. He explained,

“The three year limitation has been a major barrier to the development and improvement of the harbour.

“Funding for developments are linked to the length of the potential lease the developer might be able to obtain to develop new housing, business units or a hotel.

“In the past, the restriction on occupation has likely impacted investment in the harbour by commercial operators who would not see sufficient return on any investment in such a short period of time to make it worthwhile. The harbour revision order finally removes that barrier.

“The continuing operation of the harbour as a working facility will always be an important consideration in moving forward and the revenues generated will make a contribution to the essential maintenance the harbour needs.

“The needs of the harbour users are also key and will be an important part of the scheme.”

A copy of the harbour revision order is available online.

3 Comments on "Newport Harbour regeneration plans move to next stage"

Another property mess waiting to happen. Councillors have so little knowledge of these matters and the public now have so little faith left in them it feels like voters roll their eyes in resignation to the inevitable. And all paid for with our money. Hopefully at the elections folk will put the current collection of pale stale underwhelming individuals out of their (and our) misery.

From memory, for years the council chose to ignore their responsibilities, and rules including limiting the length of leases and requiring the dredging of the harbour (for which they were also receiving money, which they chose to spend on something else).

Councillor Wayne Whittle, Cabinet member for regeneration and business development, said…
…… We want to avoid the development of greenfield sites on the Island where possible.”
So that’s good news. We’ll see, eh?