Not satisfied with Ofsted chair, David Hoare’s apology given earlier in the week, a UKIP leadership candidate questions how schools will get a fair hearing when the chair holds “such biased views”. 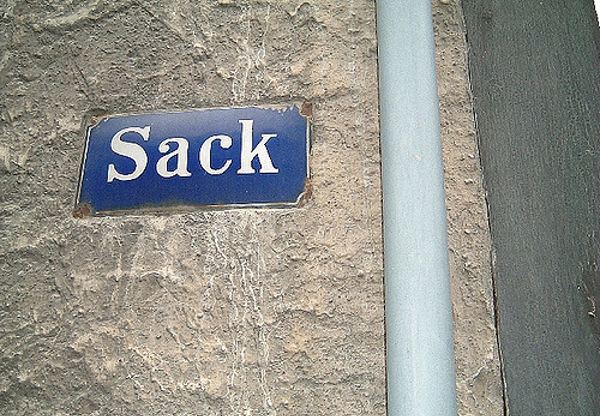 A UKIP Leadership front-runner has added her weight to calls for David Hoare the Chairman of Ofsted to resign from his position following his disgraceful comments about the Isle of Wight.

“David Hoare is unfit to hold such a privileged position given his views concerning the Isle of Wight. To label any area as a ‘ghetto’ is unbecoming of a man who is supposed to be running an impartial organization. How can any Education Authority or school now feel they are going to get a fair hearing from Ofsted when it is clear that the senior managers hold such biased views?”

“If David Hoare had substituted Asian, Black or Muslim ghetto for ‘White ghetto’ he would already be looking for new employment. His halfhearted apology is not enough, and for the good of Ofsted he must resign.”

UKIP on the Isle of Wight are also pointing out that comments bore no resemblance to the Island as they know it.

Apology not the end of the matter
Cllr Daryll Pitcher UKIP Group Leader on the Isle of Wight Council stated,

“The Island is in no way similar to the things David Hoare accuses it of being. The Island is a good place to bring up children, standards in Education are continuing to improve rapidly.

“Crime is actually very low, the opposite of what Mr Hoare thinks and while it is true wages are on average lower than Hampshire this is more than made up for in the quality of life offered by the Island.

“If you want to bring your children up in a safe, community based environment then the Island is for you.”

Remove Mr Hoare from post
Cllr Pitcher has also written to the Secretary of State calling for Mr Hoare’s removal.

Image: kefraya under CC BY 2.0

newest oldest most voted
Luisa Hillard
I don’t think that many people would agree that lower wages are acceptable (due to having some nice beaches?) when the cost of living on the Island is higher than the mainland when it comes to transport – petrol or bus – and when many feel that they are held hostage by ferry companies. Low wages are justified? Is that what all employers think? Poverty is not… Read more »
Vote Up00Vote Down
Nitonia
Well said Cllr Hillard. Presumably UKIP think quality of life is so good here despite low wages and low school attainment because we aren’t over run with immigrants or asylum seekers. I really couldn’t care less what Cllr Pitcher or any of his low life brethren say. Unless it’s “I Resign”. And come on, a UKIP politician accusing someone of using a “racially based slur”. Well if… Read more »
Vote Up00Vote Down
Mark Francis

SMG! I actually agree with UKIP!
What is also surprising is that his boss Wilshaw also defends him, which I doubt he would with any other ethnic group. What Hoare is implying is that the “white, british”[sic]population of the IOW is congenitally stupid.

My own son is undoubtedly considerably less inbred than Hoare or Wilshaw & evidently less stupid.

Lisa Duffy’s comments are just more evidence that a power-hungry politician cannot resist jumping on a bandwagon not matter how far it is away from their launchpad, in this case Huntingdon District Council.

You consider UKIP racists, yet you seem to support the Labour Party that has anti-Semitism flowing through its veins.

Vote Up00Vote Down
Luisa Hillard
I don’t believe that all UKIP voters are racists and I think that it would be unfair to suggest this. However, their policies are likely to attract many who are. Generalisations are dangerous. As David Hoare has recently found out. Meanwhile there are some people on the Island who deny that deprivation and childhood poverty exists. There are some who will defend their representative, no matter what.… Read more »
Vote Up00Vote Down
billy builder

While all UKIP voters are not Racists with a capital R, the party plays on voters racial insecurities in a similar way to the tabloid press. It is this constant drip-feeding of racial prejudices that leads to racial discrimination. It was the BRexit campaigns usage of these racial prejudices that has lead to the recent increase in racially motivated incidents.

Vote Up00Vote Down
Ian Young
Truth be told all the time the so called mainstream political parties, at best pay lip services, and at worst totally ignore large sections of our socially UKIP will be able to find large areas of the country where they can make progress. Many of the people who are attracted to UKIP are not racists, and most are not even anti European, but they do have genuine… Read more »
Vote Up00Vote Down
Luisa Hillard
They do seem to have become a party of protest. However, I do not buy the ‘Let’s make Britain great again’ promise as to me that suggests going back to the time of world colonisation and the Industrial Revolution – the dark sides of which were slavery and genocide. Stealing land and resources to make ourselves rich. That’s not a past I would wish to recreate. Neither… Read more »
Vote Up00Vote Down
fedupbritain

Crikey – if you are going to jump onto a bandwagon, at least do it within a few days. This is toe-curlingly embarrassing for pitcher

Does Councillor Pitcher have kids? Is he speaking from experience?

Vote Up00Vote Down
Richard Mabert
May be inbred, but at least we are not sons of Hoares. We are Isle of Wight, part of the U.K. Wonder what gems this City Banker (Cockney rhyming slang) has to say about Europeans, Jews, Moslems, Blacks and Icelanders? Can not believe this ill educated, avaricious sponger can get support from Ofsted Chief inspector Sir Michael Wilshaw, himself knighted by a member of one of historys… Read more »
Vote Up00Vote Down
colinteller
Holiday lets, unregulated, under-taxed and often in contravention of leases, mortgages and planning, are helping to price out more residents than ever before whilst providing very little by way of inward investment (Ocado, Sainsburys and Tesco delivery vans and closing shops and restaurants appear testament to that). Aided by greedy letting agencies which now operate holiday lettings companies, advising landlords to shift to holiday lets away from… Read more »
Vote Up00Vote Down