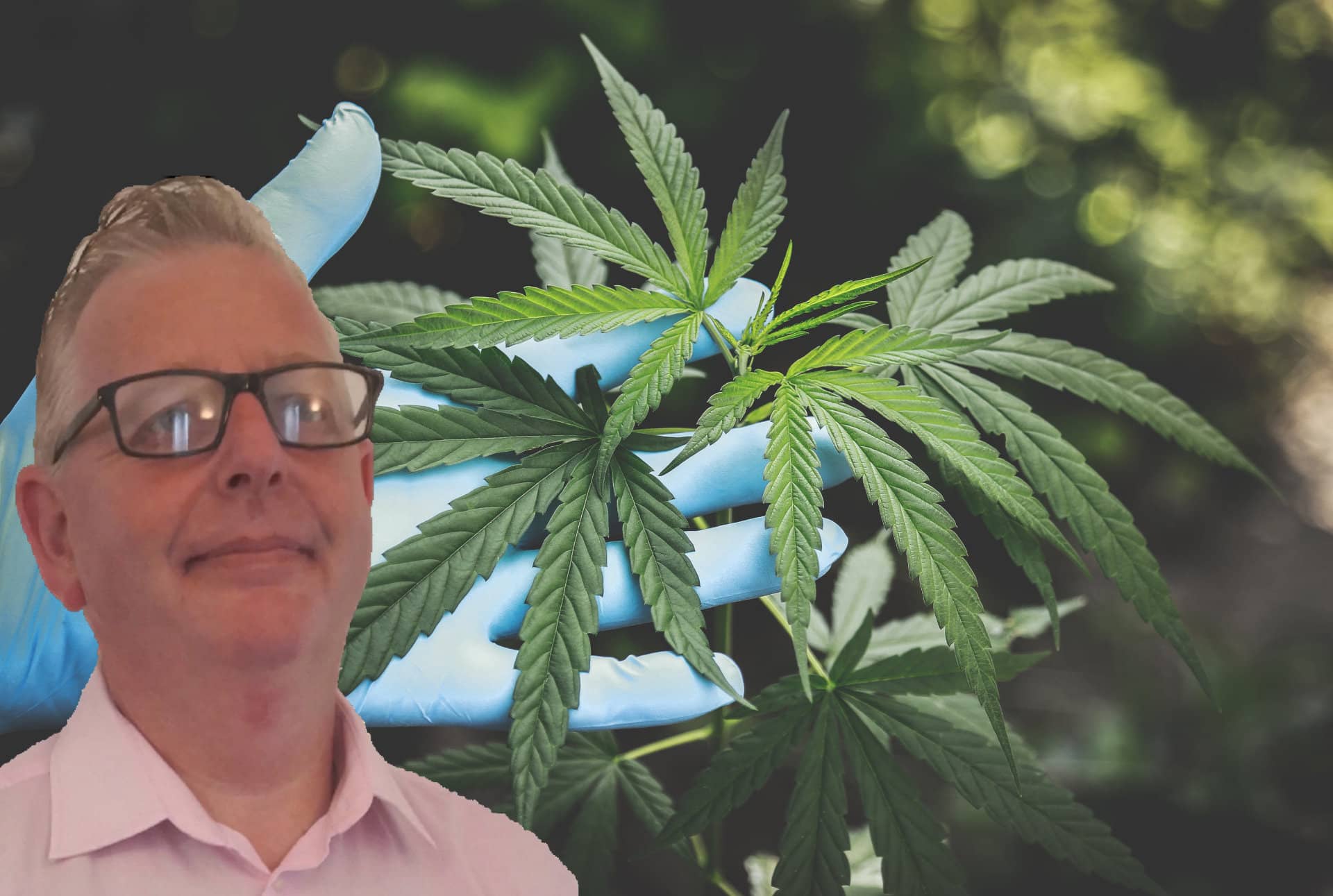 Two days after the official launch of the Vectis Party, one of those featuring in the launch video has been suspended from the Party.

Julian Harris was convicted last Friday in the Isle of Wight Crown Court for the production and supply of cannabis. At an earlier court hearing it was said the 11 plants that had been discovered were worth between £3,000-£9,000.

Messages found on Harris’s mobile phone pointed towards the supply of drugs – which he said were to friends because of the reduced supply on the Island during Covid-19.

Sentenced
Said to have previous convictions but none of this nature, as well as a curfew preventing him from going outdoors between 9pm and 7am on Mondays to Thursdays, Harris was given a 12-month community order and ten rehab days.

Suspended from the Party
Harris has been suspended by Vectis Party pending investigation. News OnTheWight has contacted Daryll Pitcher with some questions and will update once we hear back.

“The Vectis Party were surprised when reports reached us that Mr Harris had recently been convicted of cannabis related offences. We note that Mr Harris admitted his mistake, accepted guilt and that the justice system has done its job in punishing him.

“This is a serious matter and Mr Harris has fallen well below the standards we expect of those that represent us.

Update
Mr Harris has since this article was published called to state he is not a member of the Vectis Party – read the update here.

Oh dear…not a great advert 2 days after the party launched!
Why didn’t the party wait until after he’d been to court? He must have known the date he was going.
Strange he has a 9pm-7am curfew Monday to Thursday but is allowed out weekends…what’s all that about?

The Vectis Party is simply the island’s very own reincarnation of the Monster Raving Loony Party here on the island’s for the electorate’s amusement.

Look at that lovely plant, what a beautiful specimen. Lol

In these troubled times, we all need some light relief. Thank you to the Vectis Party. I look forward to your campaign manifesto for more humour. Private Eye keep a space.

Vote Up45-1Vote Down
greenhey
Cracker. Perks has now been in every party except Labour, who I imagine are recovering from that disappointment. Central to their pitch is the idea that the island controls who comes here. How exactly? Border controls? Visas? How will they compensate the businesses here relying on visitors?BTW the Isle of Man, which they admire, has no such process. They cite Covid as the justification. Without evidence, at… Read more »
Vote Up54-2Vote Down
peterj
Todays article in the County Press has the claim from the Vectis Party (a.k.a The Daryll Pitcher Party – have you seen their website, 3 pictures of him on the front page!!) that this was a ‘surprise’. I guess they don’t read the comments over there, as the connection was made public almost immediately after the launch article was posted. In fact comments referred to him being… Read more »
Vote Up47-1Vote Down
Geoff Brodie

I long been in favour of the decriminalisation of all drugs and would love to see the UK adopt a Portuguese style approach to drug users.

However, I still wouldn’t vote for this bunch of lame ducks.

Vote Up51-11Vote Down
tyke
I don’t think any party should field a candidate who has a recent conviction (say in the last eight years or so) without declaring that misdemeanour. This is particularly true of those parties making transparency and probity a cornerstone of their election pitch. Character matters and information on past misdemeanours should be put before voters to help them make a sound and informed judgement on those who… Read more »
Vote Up170Vote Down
alaniow

The last I saw of them was when they supported Niggel Faridge AKA Nigel Farage. So that must help you if you’re doubting their credibility.