Hampshire Constabulary had agreed that confidence in the 20 year investigation into the disappearance of Damien Nettles had been lost and having the IPCC look into it was the way forward. The family heard back from the IPCC today. 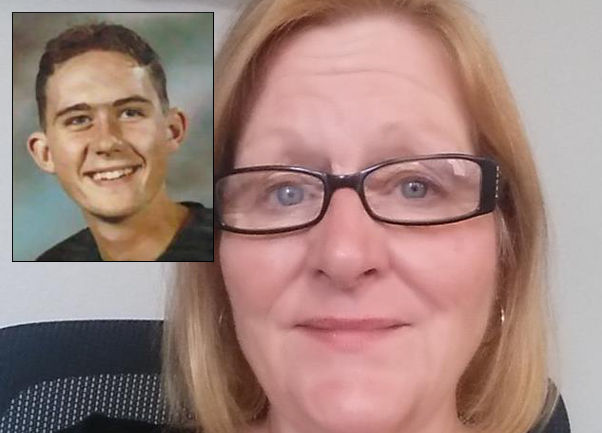 A complaint against Hampshire Constabulary over the handling of the case of missing Isle of Wight teenager, Damien Nettles has been passed back from the Independent Police Complaints Commission (IPCC) to be ‘investigated locally’.

Damien Nettles went missing on 2 November 1996 at the age of 16 in mysterious circumstances. Twenty years on and his family are no closer to knowing the truth about his disappearance or who was responsible.

Confidence lost in the investigation
Hampshire Constabulary had agreed with Damien’s mother, Valerie, that confidence had been lost in the 20 year investigation and that perhaps having the IPCC look into it was the way forward.

Today (Friday) Valerie was advised by the IPCC that they were referring the case back to Hampshire Constabulary Professional Standards Department (PSD) for a “local investigation”.

“All I wanted is an independent investigation by unbiased eyes. The way I view this process is the offender has been given the task of investigating their own crime. Naturally I will work with the officer assigned to this task.

“It is unfortunate that I feel the need to bring these issues to their attention. Until I feel there has been some accountability in this case or some explanation of how we got to this point and until we can bring Damien home, then I am afraid I won’t be able to be at peace.”

Should the family feel the re-investigation does not meet their expectations, they can appeal directly to the IPCC for them to carry out the investigation.

Brief outline of complaint
The complaint submitted to the IPCC was based on Hampshire Constabulary not meeting the ‘Standards of Professional Behavior’ in the handling of Damien’s case back in 1996.

Over the years there have been lapses that have undermined the family’s confidence, including them having to deal with around 30 officers in 20 years.

Valerie explains that although their last complaint (in 2005) resulted in a local resolution, it still left some areas of concern/. These have been highlighted in the latest complaint.

“Damien’s disappearance was not taken seriously from offset – they had his age as 19 when he had only just turned 16. I was insulted by officers telling me Damien was 19 and old enough to go off without my say so.

“Searches were refused and I was perceived as a hysterical mother. In my opinion his risk assessment was not performed to a satisfactory level under the Missing Persons Procedure manual.”

Cause for concern
Other claims contained within the complaint include:

“During the early part of the investigation a property in Sun Hill was mentioned numerous times, but the police assured me it was closed for refurbishment, which had been confirmed by the council.

“However, last year I received intelligence to the contrary. Electoral Rolls and signed statements prove it was inhabited so I have insisted this factor is investigated thoroughly.”

The importance of Damien’s Law
Valerie finished by saying,

“I respect the Police are under immense stress with lack of resources and funding nationwide. This further reiterates the importance of Damien’s Law being approved to prevent other families enduring the same problems.”

newest oldest most voted
Valerie Nettles
Damien had cider. He wasn’t in the habit of running the streets or causing vandalism. I can understand people are judgemental and jump to conclusions. But your wrong. The police have expended very little in comparison to alot of cases. The police were inefficient in not treating this case with a better level if risk assessment….which they themselves have admitted. And yea. Every day and every night… Read more »
Vote Up40Vote Down
davimel
First of all I certainly feel your pain and cast no aspertions upon you or your family. Having brought (some say dragged) three lads up who all thought they knew everything about everything from the age of 14 we had our rules just as most others do, and yes they broke or bent them many times and I cannot think of anything we could have done differently… Read more »
Vote Up1-2Vote Down
dave

Whilst I fully sympathise with the family, I feel that all that could be done has been done. It is surely a waste of police resources to continue after all this time (and I am not a fan of the police).

You are not in possession of the full facts. If it was a member of your own family you would feel differently.

Yes, she is. She’s a family member, as am I. My brothers life, as with every missing soul, is worth every penny.

Vote Up00Vote Down
Dragonfly
My heart aches for this poor family. It is terrifying to think, as a parent, how little regard was paid to the safety of this young lad when he was first reported missing. The disastrous investigation to date and the indications of a cover-up should not be ignored any longer. Of course there should be an independent investigation. What on earth is the point of the IPCC?
Vote Up00Vote Down
tiki
Police investigating police …….is wrong! This family,in fact any family should have full confidence in the local police to carry out a proper investigation. The fact remains police on the island FAILED, they failed this family and they failed the community. In the meantime the culprit(s)are still out there. The list of errors is staggering, anyone disciplined? I wouldn’t have any confidence in the local police if… Read more »
Vote Up00Vote Down
lorraine webster

I find it hard not to question why a child of just 16 was roaming the streets and pubs alone,seemingly very drunk, at midnight, on a cold wet November night. The parents must take at least some responsibility surely? Its easy to just point the finger at the Police, even if they were slow in reaction and possibly failed in other ways.

Vote Up00Vote Down
davimel
One of the problems must surely be that the Police spend a huge amount of time most nights chasing after kids from 8 to 16 who are causing problems, running away from home, vandalising property, causing a disturbance and getting rat faced on cheap cider and families must take responsibility for all these kids. Perhaps the Police have now got the head set that by 16 they… Read more »
Vote Up1-1Vote Down
Lorraine Webster

Which is probably why the police initially thought he was 19, perhaps his being out all night and drunk?

I think this has to stop. His family and friends know the truth of how he was…and hands up if we all know where our 16 year old sons are every moment of every day ?…..children are often deceptive-as are adults. Let’s leave the judgement out and focus on the investigation or lack of..

Obviuosly everyone feels compassion it’s a terrible situation. The reason one assumes he was out all night is merely the fact he wasn’t home by his curfew time of midnight,nothing more. No judgement, have seen how it escalates in other well known cases. Just an opinion. Apologies.