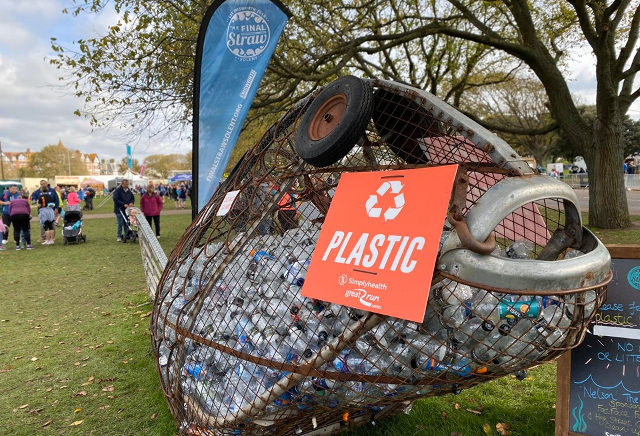 Wyatt and Jack, the Isle of Wight-based company that creates sustainable bags and accessories from unwanted materials such as former deck chairs, bouncy castles and inflatables, has received another boost this week.

Inflatable Amnesty
The unwanted plastic will be swerving landfill and instead heading to Isle of Wight business Wyatt & Jack’s new super factory where they will be turned into fabulous bags and accessories as part of the hugely popular Inflatable Amnesty.

The scheme was launched last year by the sustainable and ethical small business and has grown in popularity over that time, with recent national media coverage providing an unexpected boost

Preventing more plastic being sent to landfill and into ocean
Emily and Bianca from Final Straw Solent told OnTheWight,

“We are extremely grateful for Wightlink’s help with transporting Nellie full of inflatables over to the Isle of Wight so that they can be transformed into fabulous bags and other wonderful products.

“This will prevent more plastic being sent to landfill and into the ocean. We’re looking forward to working with both Wightlink and Wyatt&Jack for a long time to come to combat our issues with plastic pollution.”