Things can get heated during elections. They certainly got spikey in this email exchange today 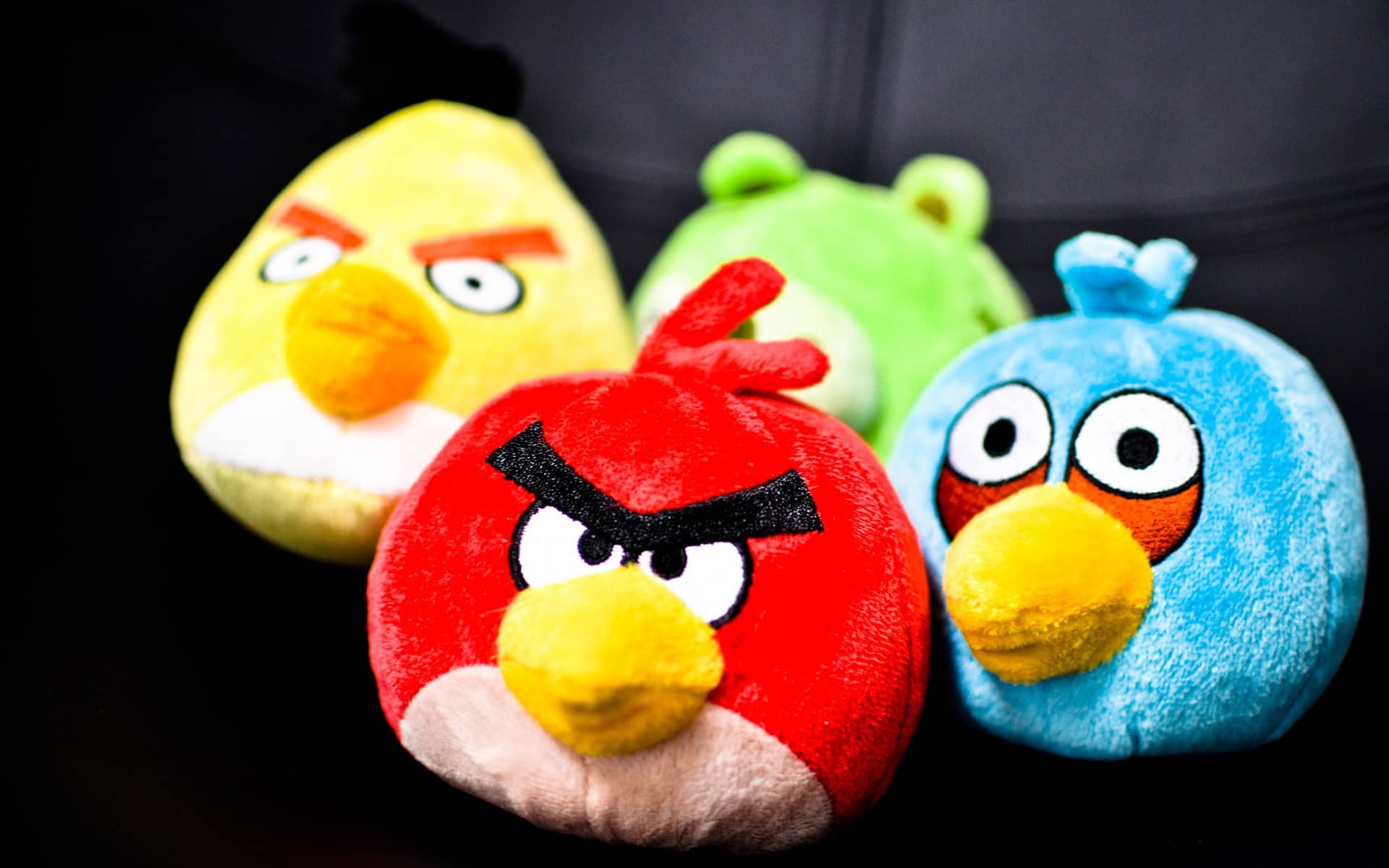 A strong exchange of emails took place today between an Isle of Wight council election Green Party candidate and Chair of the Island Conservatives, David Pugh.

The dispute began with Mr Pugh – former Isle of Wight Conservative council leader between 2007 and 2013 – writing to Vix Lowthion, the agent for the Freshwater North and Yarmouth Green Party candidate Daniel James.

Mr Pugh accused Mr James of “misleading the electorate” in his letter to residents of the Freshwater North and Yarmouth ward, something Mr James refutes.

What the letter says
Daniel James’ letter to residents states,

“I’d like to say thanks for electing me in 2017 as your parish Councillor and welcome to the new residents of our ward. Yarmouth, Bouldnor, Cranmore, Ningwood, Thorley and Wellow are now included with Freshwater North …”

He finishes the letter by saying,

Pugh: Vote was not for that ward
In an email thread seen by News OnTheWight, Mr Pugh argues that the Green Party candidate did not receive 43% of the votes of the ward he is writing to, as the ward he stood for in 2017 was the smaller ward of Freshwater North (not including Yarmouth, Bouldnor, Cranmore, Ningwood, Thorley and Wellow).

The Chairman of the Island Conservatives went on to say that he’d been contacted by residents in Wellow and Yarmouth who, “shared my concern that Mr James has made this false statement, given that it is seeking to mislead voters that (a) he was a candidate in their area last time and (b) received a percentage share along the lines suggested”.

In his email, Mr Pugh cited Section 106 of the Representation of the People Act 1983, making the point that making a “false statement” is considered an illegal practice.

Accusations refuted
Stepping in to the email thread to respond, Mr James disputes Mr Pugh’s interpretation of “illegal practice”, adding that his canvassing letter to residents makes it clear the boundary had been changed for the 2021 election and that in the previous election (2017) he stood for Freshwater North.

Mr Pugh has called for an apology to be sent to all residents in the Yarmouth, Bouldnor, Cranmore, Ningwood, Thorley and Wellow wards, which Mr James has refused to do, “since no false statement was made” telling Mr Pugh,

“I would recommend that is unwise to accuse others of dishonesty.”

James: “I will defend my integrity”
Mr Pugh says he is considering “what further steps to take”, but not before bringing Mr James’ professional life into it, in the email thread.

Mr James said he takes his reputation seriously and will defend his integrity, adding that he was disappointed claims of lies and deception are being ramped up.

Image: douglastofoli under CC BY 2.0

Conservative politician accuses another of misleading the electorate; irony is not dead

And reliably reported tomorrow will be today’s global reminder of just how much trouble we are all in because, briefly, for far too long far too many people and politicians have chosen not to be ‘green’ enough to avoid our consequent suicidal existential emergency…

Vote Up320Vote Down
truth
If you type into google ‘Colm Watling’ then the 2nd result comes down as facebook – ‘Councillor Colm Watling – Wroxall, Lowtherville, Bonchurch’ . Is that legal? Because that’s the new boundary that has been created, and I thought he was a Town Councillor for Lowtherville at the moment. Rodney Downer is the current councillor for Wroxall, he’s very well regarded. What’s David Pugh got to say… Read more »
Vote Up80-1Vote Down
Geoff Brodie

Watling is only the very recently co-opted town councillor for Lowtherville alone. Rodney Downer will wipe the floor with him. Yet again, Pugh hypocrisy.

Geoff, Colm Watling states on his Facebook page that he’s been a Ventnor Town Councillor for two years. However, I wouldn’t trust anything he says after seeing the bare cheek of his claim to already be Councillor for Wroxall, Lowtherville & Bonchurch. He calls himself a politician. What a great start to a political career this breach of trust is! What arrogance!

You raise a valid point. The “Cllr” reference is to town council. Clearly he could not be a councillor for Wroxall, Lowtherville & Bonchurch as that ward doesn’t exist until 6th May. The title of his Facebook page has been adjusted.

Do you not think he should formally apologise to Rodney Downer in the first instance, and to the people of Wroxall, Lowtherville and Bonchurch for claiming to be a councillor for that particular ward? Because what he has done is misleading to the public. Just because he has changed it now, it doesn’t mean he’s not done that in the first place.

Well you’ve got the opportunity to complain in the hustings.

Oh, I forgot, you instructed all the Tory candidates not to take part in the hustings. LOL

Remember that:
Truth and Integrity is not a requirement to stand to be a Conservative in Parliament or in any local council
Boris Johnson got elected, Boris Johnson is a liar
Full Stop
Now his supporters will do exactly the same, they cannot be trusted.

You would have to be pretty stupid to be misled by Daniel James leaflet. He makes it quite clear that he is welcoming new voters to Freshwater North Ward and simply telling them what percentage of vote he got for Freshwater North in the last elections.
What’s the problem?
Seems like the trolls are running scared

Mr Pugh is desperately trying to paint this election as something other than blue vs red AND green. He’s tailoring the approach to specific wards, suggesting it’s a green threat in the west and and red in the central/north wards. He’s definitely scared…

If the only point here is that there has been a boundary adjustment, with Mr James having got 43% in the previous council election on the old boundaries, it seems a very narrow base for a complaint?

Merely a technicality; against such promises as that Brexit would help the fishing industry, it pales into insignificance.

Vote Up60-3Vote Down
davidpugh
To be clear, this isn’t just a “boundary adjustment”. The Freshwater North ward Mr James stood in 2017 has been split three ways between three new wards (Freshwater North & Yarmouth, Totland & Colwell and Freshwater South). 61% of the Freshwater North & Yarmouth ward he is standing in this time is east of the Yar – i.e. was in the West Wight ward last time, where… Read more »
Vote Up12-75Vote Down
ian123
Even if technically correct, is it really worth all the fuss? Spats such as this drag the campaign into negative territory, when voters want to know what the various candidates can achieve for the island? The story immediately above this one on this site shows a letter from the Conservative candidate in Brading which is full of negative comments about pretty much every other party, with almost… Read more »
Vote Up64-2Vote Down
VentnorLad
I’ve read the leaflet. It was clear from my reading of it what Daniel meant. Unfortunate wording perhaps, but certainly not a deliberate intention to deceive. He also raises several pertinent points about Conservative poor performance. The fact that you’ve made a such fuss about a petty point of order reveals more about you and your dreadful party than it does Daniel and the Green Party. The… Read more »
Vote Up65-1Vote Down
Rhos yr Alarch

Boils down to what “your” means, I think? Not really comparable with others who “mis-spoke”…

Pugh, why don’t you just naff off. No one is interested in you, nor your corrupt political party.

Of course people are interested; they are running the island currently. But it is high time we heard what their positive agenda is for the island; all I have heard and seen from them so far has been depressingly negative. Hopefully when their leaflet arrives it will be more positive.

Projection springs to mind when wondering why DP feels motivated to make this an issue, especially when looking at the low bar set by his own party leader.
Wasn’t this the man who promised to transform Island schools and improve results across all levels? Perhaps he should nit pick over the truth of those promises.

If Daniel James has succeeded in upsetting David Pugh he must be well worth voting for!

No wonder the electorate has lost trust ….. can you stop bickering please

Daniel James has displayed his dishonesty and bigotry several times. Still it is the Green Party, no chance of winning anything thankfully.

It’s not like the world’s on fire or anything is it. thankfully.

No, that comes tomorrow…

Have you seen all that wishy washy drivel in the Tories campaign leaflet? It actually makes the Greens look like live wires!