The council are putting up car parking fees, but don’t seem to have told anyone the detail. Find out how much the Isle of Wight car parks that you use are going up by in price – OnTheWight has them all. 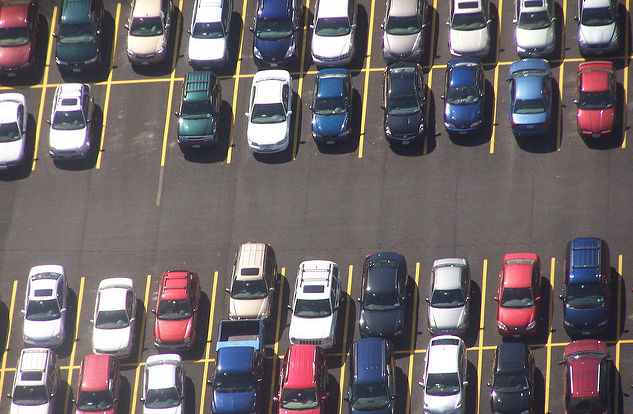 On Friday OnTheWight ran an article highlighting the rise in car parking prices across the Isle of Wight that they were attempting to sneak out.

While researching it, we were told by the Isle of Wight council press office that an electronic version of the document wasn’t available.

Document ‘now discovered’
The Isle of Wight council has now ‘discovered’ a Word document holding detail of parking fee increases that will come into action on 6 April 2018. Not surprising given they’d already sent it to the County Press so it could be included in the Official notices, way back on page 80.

The Word document they have now sent to us reports that it was last printed out on 7 March, so clearly was available electronically. It’s currently unclear why some in the IWC press office would not provide access to it last week.

Here it is in full.

Update 14:48 13 Mar: A reader pointed out in the comments (Thanx Colin!) that Blackgang Carpark is in the list the council provided OnTheWight as places they are charging for car parking. It is not in the list the County Press was paid to print (page 80). We’ve put a question into the council to ask which is correct.
14:53: (In what is the fastest response time we can recall for a long time – long may it last) The council tell us Blackgang car park should not be on the list and that it appeared due to “human error” on their side. We’re asking why it was on the list in the first place.

THE ISLE OF WIGHT COUNCIL (PARKING PLACES) ORDER NO 1 2014

Notice is hereby given that The Isle of Wight Council in exercise of its powers under Sections 35C and 46A of the Road Traffic Regulation Act 1984, as amended, the Road Traffic Act 1991 and in accordance with Section 25 of The Local Authorities’ Traffic Orders (Procedure) (England & Wales) Regulations 1996 intend to vary the charges for parking as follows:

To Confirm The Variation Of Charge at Shore Road, Bonchurch:

This Notice varies the charges as set out above. All seasonal restrictions, chargeable hours and permit concessions remain unchanged.

This Notice will come into effect from 6 April 2018

Image: andyarthur under CC BY 2.0

newest oldest most voted
Colin
So it’s not just charges going up; I note that Blackgang Viewpoint is now included as a long stay car park. So the IWC wants to charge anyone stopping to admire the view a minimum of £1.50.I wonder how that will impinge on the drinks trader using the site? Perhaps Mr Stewart, as local councillor would like to confirm that charges will now apply at Blackgang or… Read more »
Vote Up14-3Vote Down
Colin

Thought I would ring IWC myself. You’ve been supplied with duff information, Sally. Blackgang Viewpoint isn’t included in the County Press document so you can remove my earlier post as it isn’t relevant if you like.

Thanks so much for spotting this Colin. The IWC Press Office have confirmed they sent the wrong data.

Quite why it was even in the document in the first place is something we’re asking them about.

Blacking car park used to be owned by the council but as I understand it Vectis Ventures (owners of Blackgang and Robin Hill) bought it from them for a nominal amount some 4 or 5 years ago with a few caveats, one was that the parking must remain free!

Is there any charge for parking in the Council large car park long stay? If not presumably any one using it has to declare it as benefit in kind on their tax return of in the region of £500 pa. Any one else working in Newport has to pay so why not the council?

Yes. Council employees and councillors need to purchase a permit to park in that car park.

Vote Up20Vote Down
njb249
Have the local politicians and IOW officers thought of the adverse consequences to raising the car parking charges? If less people use the car parks because of the increased cost, local small business will suffer as people will migrate to the superstores where they are not charged to park while they shop. If small business go to the wall then the council can expect to see a… Read more »
Vote Up8-1Vote Down
electrickery

Yup, but you won’t find a Tory councillor numerate enough to understand your reference, let alone one with enough conscience vote against the whip.

I noticed that, according to the 1996 legislation, the Council was obliged (for off-street car parks) to punish a notice of the changes at the relevant locations (and on the same date that the notice appeared in the County Press) – and to ensure that the notice remained in place until April 6. I wondered if readers could confirm this happened?