John Ackroyd was the embodiment of the truth that anything can be achieved on the Isle of Wight – his innovations, inventions and designs will go down in history 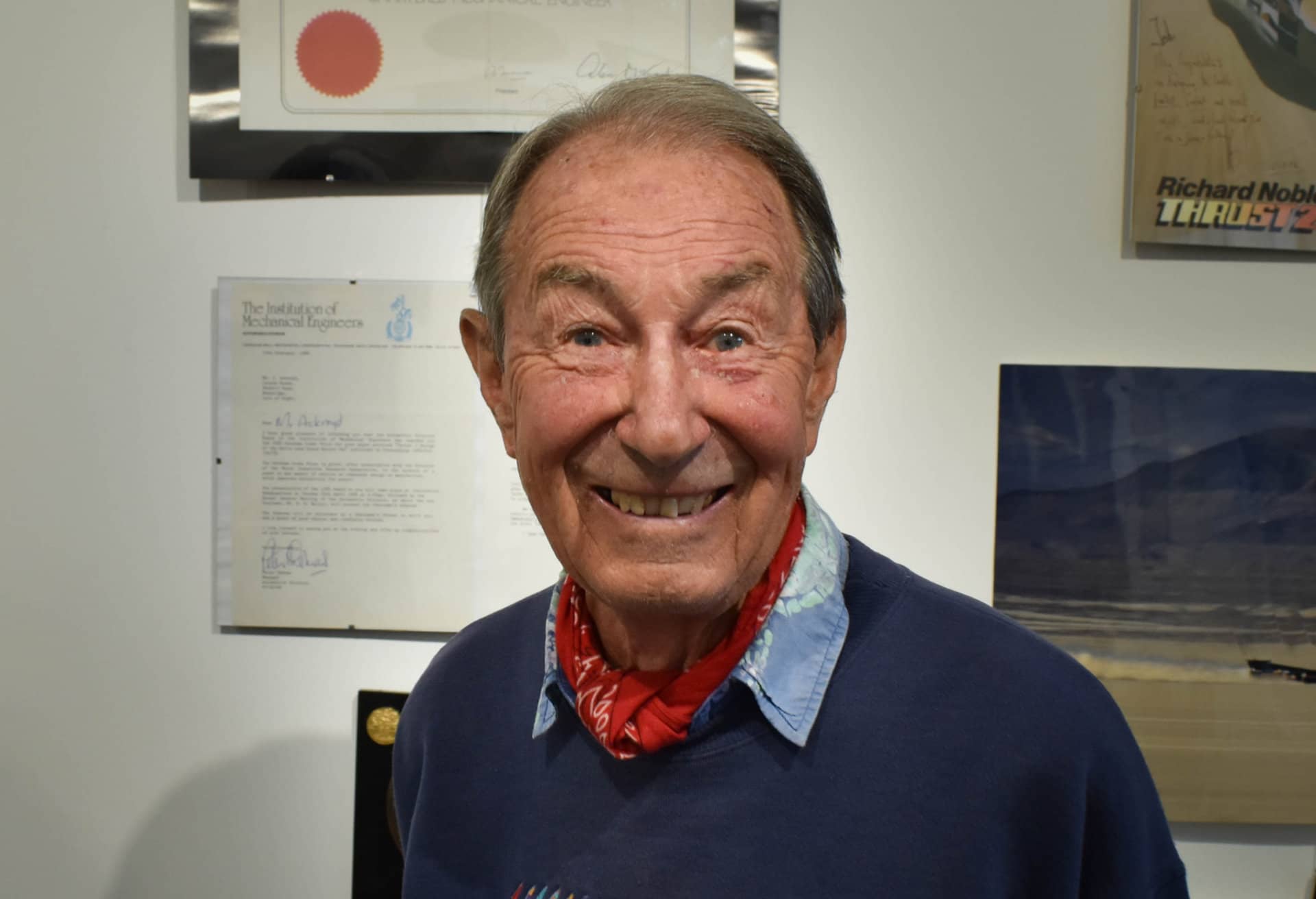 Very sad news reaches us here at News OnTheWight that the inspirational Isle of Wight innovator, John Ackroyd, passed away on Monday (25th January 2021) after a long illness.

If you live in Ryde you’ll probably recognise John (or Ackers as he is known to friends and colleagues) having seen him cycling through the town on his bike, heard him giving talks, or maybe even as far back as when he was a deck chair boy during early engineering jobs.

Always innovating
Starting his career as an apprentice for Saunders Roe, John went on to be involved with many ground-breaking projects, including the earliest of mixed jet and rocket propulsion fighter jets – the experimental SR.53 and SR.177.

He later also worked on an early Hovercraft competitor, the Cushioncraft (a subsidiary of Britten Norman) and in the 1970s, way ahead of his time, he invented the world’s first city electric car, the Enfield 8000.

In the 1980s his pioneering work with jets led John on the path of his bold idea – using a jet engine to propel a vehicle faster than had ever been achieved – and Thrust II went on to break the land speed record.

In 2018, during the National Year of Engineering, the town council’s Honours Working Party awarded John the Freedom of Ryde in recognition of his remarkable lifelong contribution to engineering and invention.

“I am in shock and very saddened. Our heart goes out to his family. He was very much loved and respected. This is a sad day.

“John was known as one of the deck chair boys as in between engineering contracts he often took care of the deckchairs on Ryde beaches.

“As Ryde Town Council plans to introduce deckchairs back on the beaches in 2021, I was planning to ask him to officially launch the deckchair project “

Lilley: It was an honour to know him
Cllr Lilley added,

“He was iconic and a real hidden hero of Ryde. I was so pleased I managed to get him the Freedom of Ryde in 2018. His inventions, designs and innovations will go down in history.

“He was inspirational and an example of the great engineering tradition of this Island.

“I will miss him. It was an honour to know him.”

We were fortunate to meet and get to know John during the project and hear him talk about his passion … innovating. His enthusiasm was infectious and anyone who came into contact with him, quickly became spellbound. Even into his 80s, John was still inventing.

You can read more about John on the IW Hidden Heroes Website.

A fond farewell
John was the embodiment of the truth that anything can be achieved on the Isle of Wight – and that the Island is bursting with capability and creativity.

Our thoughts are with John’s family, friends and all who knew him. He will be greatly missed, but it is safe in the knowledge that he had a massively positive impact on the lives of so many.

A lovely man, a properly, creative and very clever and eccentric gentle man. My sympathies to his family