Jonathan returns with his Sunday column. This week, as wars are waged in the media and on social media, he points out that conflict only leads to waste and a disregard for those who aren’t winning, and asks what is the alternative. 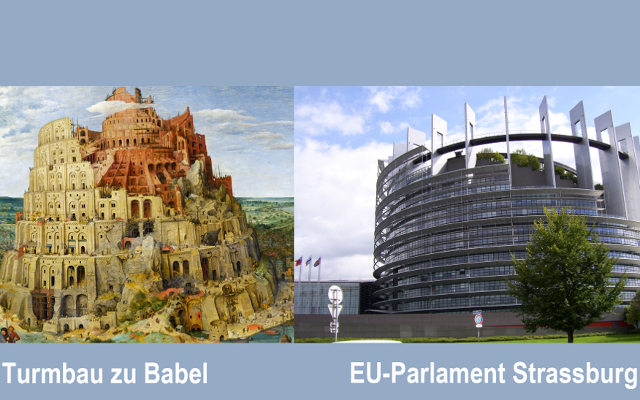 One thing I have noticed recently is that there’s an awful lot more talking going on than there used to be. I’m sure it’s only a temporary thing, because people can’t generally live with this amount of chatter. It feels a bit like being cast adrift in the middle of the ocean sometimes, without even a lifeboat, or a lifebelt, or even a straw. Someone obviously already took the last straw. How can anyone manage to say afloat when there’s no last straw left? If you can’t swim any more, then you’re going to sink.

The thing about talking is that everyone can do it, but very few can do it properly. I once knew someone who had no conversational capacity, but what they did have was a stock of stories, which got triggered by a switch somewhere inside their head, who knows how, and caused them to launch into the relating of one or other. No matter how often it had been told or listened to or suffered through in the past, once the story was launched, like an armed drone, there was no stopping it. You could say you had heard it before, or drop in the next sentence ahead of the teller, it made no difference, apart from receiving a very stony look. And just in case your attention might wander, they would throw in your name in a commanding tone, in the middle of a sentence, followed by a silence that would only cease once you made significant eye contact.

How are we supposed to know what they’re like?
There are people who can talk forever without actually saying anything. We tend to think of them as nervous people, because they get breathless on account of not allowing themselves to breathe in enough air between sentences, for fear of someone jumping in. And there are people who never say anything, apparently. Either they have an awful lot to say but they can’t find the words, or don’t consider present company worthy of the gift of those words, or their minds might be entirely empty, or they’re thinking great thoughts, or maybe they’re dumb, or deaf, or something else. Or maybe they can’t bear the idea of saying what they think and being challenged publicly to justify those ideas. At the same time, nobody feels comfortable in the presence of someone who doesn’t talk, because how are we supposed to know what they’re like? Then there are people who only talk about one thing. Monomaniacs, who appear to have opinions only regarding football, or beer, or household cleansers, or train sets, or motorbike mechanics. Or Gaming, whatever that is. Any other subject is greeted by a pained look and a well-signalled turning of the face, away from the offending conversational interloper. There are also people who can only stand one way of looking at a subject. I once suggested to a Fulham fan that it might be possible to support another team, that it’s only an accident of fate that causes any one person to become a supporter of any team, a random moment. I backed away when I saw the look in his eyes, and the fists he was starting to clench. Of course, not all football fans are like that.

They live their religion rather than just talk it
I have known people who talk in order to persuade themselves or others that a particular way of thinking or acting is the right way, or the only way. Religions and politicians have been doing this since time began, and the problem for me with any of these people is trying to find out whether they’re sincere, or just trying to climb up their own particular greasy pole. I have met the odd religious person who really does live their religion rather than just talk it, and these people have impressed me enormously, and I feel the same way about most of the politicians I have met. The trouble is that we are sociable animals, and once we get caught up with a group, the interior currents of every-day relationships and similarities or differences of opinion begin to rise within the minds of many, to the point where they over-ride the purpose and point of the group itself. People can get locked into a situation where they risk losing all that emotional investment into the group, and the thought of being cast out, or leaving, would lead such a hole in their lives that they feel scared about taking a stand. We end up with the unpleasant sight of a prominent politician making a speech in favour of some issue they’ve been fervently against all their lives, just to keep their job. We’ve all been in this position. Would you report your boss’s bad behaviour if you might lose your own job as a consequence? Or even worse? There are places where that could be a life-or-death decision.

It feels like a modern-day Tower of Babel
There’s no clear-cut answer to any of this. It’s very much part and parcel of being a human being, living alongside other human beings. Usually, it’s not an issue, because we all muddle along, either when there aren’t any real difficulties out there, or because there’s an over-riding issue that we can all agree on. But every now and then something comes along that splits us right down the middle, and that’s where we are now. Like it or not, we’re heading towards some sort of precipice because of Brexit, and we’re all at loggerheads, so the conversations I hear everywhere are bitter and embattled and worried and exasperated, and it feels like a modern-day Tower of Babel. Interestingly, the original version in the Bible, which is a work of fiction, but regarded as truth by some, or at least partly true, or maybe slightly true, has humans trying to create a world in which they all work together for a common cause. The Tower was originally a way of reaching Heaven, because, obviously, Heaven is up there, just beyond the Sky. And God, that figure of love and mercy, and stuff like that, became scared and angry that His creations were thinking for themselves and trying to emulate their Heavenly Father, so he smote the Tower and jumbled the wiring inside their heads so they all suddenly spoke languages that nobody else could understand. That always struck me as a really sensible thing to do.

People have to behave responsibly and respectfully towards one another
At least everyone in that story could put the blame fairly and squarely on God’s shoulders, even though they couldn’t talk together about it. It seems that we have progressed somewhat as a species, at least in respect of not needing any divine intervention to stop living together in harmony and start shouting at each other instead. I know the harmony wasn’t very pronounced, and the bad stuff was still there underneath, but the backdrop of our lives has been a slow and steady rise in the recognition that people have to behave responsibly and respectfully towards one another, and they have to acknowledge that others have the same rights to be who they want to be, without fear or victimisation.

I liked living in that sort of society, even though there was a long way to go before it might be called successful. The travel seemed to be in the right direction, at least. We’re not doing that any more. The people who wanted to break it up have already succeeded, it seems to me, because we feel fractured and angry and we’re ready to blame again, and we’re looking for groups of others who we can hang those labels on again, and that worries me beyond anything else. I know that the planet needs saving, but there’s no way that’s going to get any attention if everyone’s out there fighting for trade deals, or worried about what’s going to happen to the economy and their jobs or their homes.

I don’t know what the alternative to Together is
I like Together. I happen to think that we already have so much in common that we could, with a little shifting about, decide to do many wonderful things together, and I have always understood that conflict only leads to waste and a disregard for those who aren’t winning, or who don’t join the winning group, or who openly question where the winning group is going. I suspect that I for one wouldn’t thrive in that sort of society, and it makes me feel queasy that we’re so capable of throwing everything we’ve gained onto the garbage-heap. I also don’t know what the alternative to Together is. Nobody has explained it to me, what it is, or what it looks like, or how we get it, or whether it’s worth it, or what the risks are. I’d dearly like to have some proper conversations about this, preferably without the shouting.

newest oldest most voted
nyeve
“The thing about talking is that everyone can do it, but very few can do it properly. I once knew someone who had no conversational capacity, but what they did have was a stock of stories, which got triggered by a switch somewhere inside their head, who knows how, and caused them to launch into the relating of one or other. No matter how often it had… Read more »
Vote Up00Vote Down