Figures show that nearly a third of NHS staff at the Isle of Wight Trust experienced bullying, harassment or abuse from patients last year. 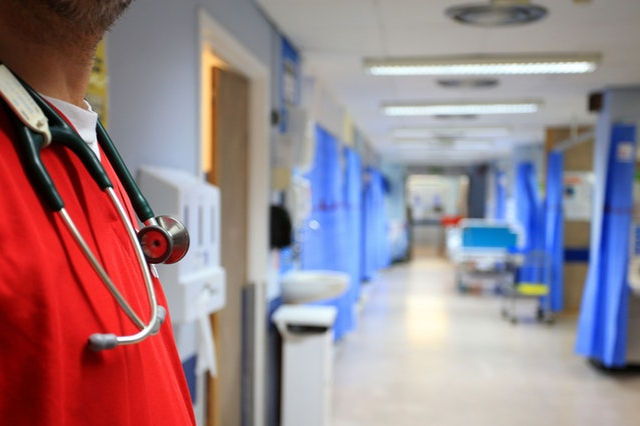 The Government has announced new measures to better protect health service staff in England, calling for a “zero tolerance” approach.

Abuse from patients and staff
Responses to the latest NHS Staff Survey show that 30% of workers at the Isle of Wight NHS Trust said they had experienced bullying, harassment or abuse from patients, relatives or members of the public in 2017.

A further 37% said they had been verbally abused or harassed by a fellow member of staff.

Around 1,240 employees responded to the survey, which also asked workers about incidents of physical violence at work.

Healthcare workers union, Unison, said that anyone threatening or abusing NHS staff “should be prosecuted”.

“No one should be abused, threatened or attacked at work – especially when all they’re trying to do is help people.”

Mr Hancock said it was “unacceptable” health workers had been subjected to violence and aggression.

The Department for Health and Social Care said that the NHS was partnering with the police and the Crown Prosecution Service to prosecute offenders quickly under a “zero-tolerance” approach.

CQC to scrutinise
The Care Quality Commission will be scrutinising individual trusts based on their plans to reduce violence against staff and identify those that need further help to protect their employees.

The DHSC also said that a new system for recording assaults, and other incidents of abuse or harassment. Trusts will be expected to investigate incidents thoroughly.

He said that staff will also be provided with better training to deal with violent situations, and mental health support will be made available for victims of assault and abuse.

“I have made it my personal mission to ensure NHS staff feel safe and secure at work and the new violence reduction strategy will be a key strand of that.”

England-wide, 15% of NHS employees experienced violence in 2017, the highest figure for five years.

“Patients and their families coming into emergency departments are often experiencing the worst day of their lives; worried, confused and often frustrated.

“This can be understandable. What is unacceptable though is when this spills over into violence.”

“Staff always seek to give the best care possible in a hugely pressurised environment – it is always wrong to lash out at those trying to help.”

1 Comment on "Nearly a third of Isle of Wight Trust NHS workers face harassment, bullying and abuse from patients"

newest oldest most voted
dumbledor
Interesting that while 30% of survey report bullying from patients or their relatives, 37% report abuse from fellow members of staff. Yet there is no official response to this. Perhaps it is just too difficult or embarrassing to contemplate? It was my experience that staff are not always supportive of each other and a particular problem is bullying from people further up the food-chain. Managers – in… Read more »
Vote Up70Vote Down