The Task Group set up earlier this year aims to tackle a lack of investment, poor transport links and problems with year-round employment. 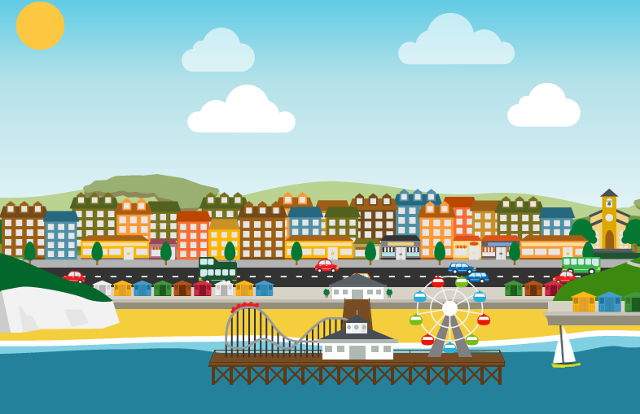 Neglected coastal communities will be the focus of a new parliamentary task group, which has been welcomed by Isle of Wight councillors.

The all-party group was created following a House of Lords report earlier this year, and will be led by the MP for Hartlepool, Mike Hill.

It aims to tackle a lack of investment, poor transport links and problems with year-round employment.

“It’s good news as we need all the help we can get. I look forward to the group’s creation.”

“Although each seaside town has its own challenges, there are some common issues that often characterise coastal communities.

“Their economies, which were already predominantly reliant upon seasonal patterns of trade, have suffered from an ongoing loss of business which has reduced opportunities for entry level jobs, particularly for young people.”

“Seaside towns have long lacked investment and with the change in people’s holiday and leisure activities the traditional seaside towns have had to work hard to keep up with a new generation of tourists expectations.

“We have recently seen a revival of visitors staying in the UK, rather than going abroad, and therefore more visitors to seaside towns which is very welcome.”

Ward: Good transport links
The report also recommended the Department for Transport prioritises improvements to the coastal transport network when it takes decisions on planning and investment. Cllr Ward went on to say,

“Generally, our transport links to and from the Island are good and the ferry journey is often considered part of the Island holiday experience by our visitors. Our Island transport provision is good, with a train service feeding the towns from Ryde and along Sandown Bay.

“The Island’s Bus services are good when they are compared with other rural areas nationally and non-city areas. Of course we would always like more provision, but that has to be balanced with the economics of such provision.

“On the Island we make a concerted efforts to attract non-cars users by providing a good and expanding network of cycle ways and footpaths for those tourists who prefer not to drive.”

newest oldest most voted
Steve Goodman
When cllr. “our Island transport provision is good” Ward is not too busy ‘poncing around’ as he puts it with trouser browsing and re-tweeting twits, perhaps he could explain why £9.5 million is about to be ‘spaffed up the wall’ as our latest PM puts it on needless lengthy disruptive roundabout destruction instead of, for example, restoring a reliable floating bridge at coastal Cowes, or genuinely ‘expanding… Read more »
Vote Up31-2Vote Down
Steve Goodman

Just say thank you very much, now f… off when it comes to casting your vote.

A reminder of recent reports of what was done to East Cowes’ coastal community by Red Funnel’s greedy bosses’ refusal to improve their own site and insistence on needless destruction of valuable homes, jobs, and businesses.

Also a reminder of the Isle of Wight councillors’ shameful ten year neglect of E.Cowes asset Grade II Listed Frank James Memorial Hospital, which had to be rescued by the community.

Vote Up22-1Vote Down
royscott
Apparently the destruction of St Mary’s roundabout is to prepare for the increased traffic expected when the prison site is developed, it is not for now it is for the future. There are no definite plans yet and the land is not yet available, and although likely to be contaminated will make a great site for poor islanders who cannot afford to buy property in the current… Read more »
Vote Up22-3Vote Down
Colin
Cllr. Ward clearly has lost the plot, if indeed he ever had it. The fund, according to the article is for places with poor transport links, yet apparently he says all ours are ok. In which case, why is he intent on doing away with the most efficient roundabout on the Island at St Mary’s and replacing it with numerous sets of traffic lights? He is clearly… Read more »
Vote Up70Vote Down
Benny C
He hasn’t read the background properly, has he? Yet again, not how a good cabinet member should operate. Step one for ‘seaside towns’ here would be to reboot their town councils with good people and good governance to make them work successfully. SANDOWN , Mr Wards ward I believe, is a liability and an odourous pile of inadequacy, as recent video recordings, publicly available, attest. If Mr… Read more »
Vote Up7-1Vote Down