It’s all very well what MPs say in public, what counts is what they vote for. OnTheWight has compiled a list of what Bob Seely voted from since getting elected. 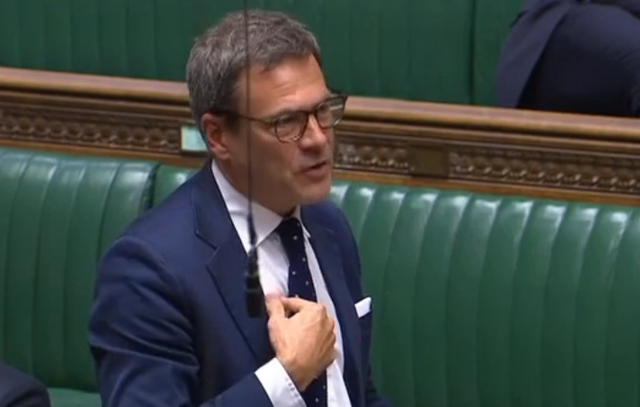 With the Polling Stations opening just over 12 hours, OnTheWight thought it would be informative to look at Bob Seely’s voting record at Westminster

Bob’s first vote
As reported by OnTheWight in June 2017, Bob used his first vote in Parliament to block an amendment that would have given firefighters, ambulance staff, nurses and teachers a fair pay rise. He has taken part in many votes since then.

You can see Bob’s full voting record via the Parliament Website. There are over 400 votes to work through, so we thought we’d show a selection as chosen by the They Work For You Website. You can jump down to those below.

How much Bob agrees with policies in percentages
Perhaps more interesting is the list of policies compiled by Public Whip (who describe themselves as an independent, non-governmental project to help the general public understand MP’s voting patterns – more below).

They complied this chart which shows (based to his voting record), how much Bob Seely agrees with and each of these policies, ordered alphabetically.

If you want to dig deeper into Public Whip’s numbers, they provide links to each of the policies and break down the votes and how they reach each of the percentages.

A selection of other votes
According to They Work for You, Bob voted against (their selection):

He also voted for:

You can also see a more comprehensive list of how Bob Seely voted during his term (8th June 2017-6th November 2019) on the Public Whip Website. There are also links to the percentage agreement in policy comparisons.

Who are Public Whip?
Public Whip is a project to watch Members of the United Kingdom Parliament, so that the public can better understand and influence their voting patterns. They’re an independent, non-governmental project.

How can any moral person block an amendment that would have given firefighters, ambulance staff, nurses and teachers a fair pay rise?

Any more proof needed to vote him out tomorrow?

I’ve read his leaflet, and saving all of those jobs in East Cowes is great news. not that the majority who read this site want to hear that.

The man has literally voted for cuts to be imposed on the local authority he represents.
Voted against a pay increase for critical public service staff, and voted against employing more of them.
Apparently he doesn’t appear to think climate issues are worthy of his time, but…on that alone, renders him unfit to represent the legislative process.

What a truly appalling and despicable voting record!

Thanks for this OTW – good piece!

URGENT : Can islanders please check their fridge, there are reports of a wayward milkman going missing. It is believed he and his colleagues are preparing to milk the Country

Vote Up25-9Vote Down
Karl
This is this is a very helpful summary and there are many things that I would’ve not have agreed with him on. Mr Seely consistently voted for reducing central government funding of local government and it is this funding which significantly impacting upon the quality of everyday island life services. Isle of Wight Council has lost £80million since the beginning of austerity and next year will see… Read more »
Vote Up18-4Vote Down
mikeg
What gets me is that Seely ‘Consistently voted for reducing central government funding of local government.’ This is crucial to us on the Island, which has no special island status. Hypocritical. Our Island needs massive assistance: our poverty levels are uncivilised. And the Tory IWC just passes on cuts with a shrug. The IWC and Seely are cut from the same cloth: slash our services and to… Read more »
Vote Up18-7Vote Down
chartman

Says it all. He doesn’t care about the future of the planet, yet alone the IOW.!

Sally, why this article? You turn people off the site when you do this. All MP’s have faults, but you know that Island status, for everyone on the Island, is the big prize, and Seely is committed to that. The Greens, Labour can’t, their votes are in the inner cities….. come on, OTW can do much better.

Confused. Why do you talk of MP’s faults? You judge Seely’s voting record as bad?

Voting for Theresa May’s Withdrawal Bill, three times, was voting, in effect, for continued membership of the EU.

Oh dear OTW ! You are not usually so biased.

How can showing an MP’s voting record possibly be considered as biased?

All the islands media has been remarkable unbiased, and have readily allowed a wide variety of opinion to be expressed, with perhaps the exception of the CP, who clearly favours Bob Seely.

Vote Up9-4Vote Down
iain mckie
I have no problem with any bias in the media – after all, it is our choice whether or not we visit sites/turn on the TV etc. Just pick up the Guardian or Independent and expect to be faced with pro-Labour reporting, and go to the Telegraph or Sun for pro-Conservatives and so on. It is up to us to make up our own minds when fronted… Read more »
Vote Up6-6Vote Down
Sally Perry

It’s not intended to be any other than informative.

Vote Up8-2Vote Down
iain mckie
I could understand why people could think it political – it is not ‘news’ as it is already in the public domain and has been since he joined Parliament, and the timing of the article was election eve. But, frankly, I do not care if it is political, it is your site and people who don’t like it are free to surf other sites. In a free… Read more »
Vote Up3-4Vote Down
Simon Perry

We know you spend a lot of time keeping on top of politics Iain. Many / most people don’t.

The intention of this article was, plain and simple, to inform those people of what Bob had been voting for/against. The information is neutral.

This strikes me as a perfectly straightforward and legitimate piece of information gathering and dissemination, doing a public service such as any good media player should provide. I don’t doubt OTW would do the same on any Island MP, regardless of party. I can only imagine that anyone objecting must think that there are details in this record better kept hidden from public view. That’s hardly democracy.

Alas, none so blind as those who do not want to see.

The information is in the public domain and available to anyone at any time, and has been since Bob Seely became an MP

Well all you lefties have your chance tomorrow. You would have, as I have said before, been helped if the Green candidate had dropped out but she didn’t.
Let us not hear any of you whinging over the next five years if your candidate loses, you have had your opportunity to change things.

Vote Up15-37Vote Down
Benny C
It’s not the political colour that concerns me, it’s the fact this man can bring himself to vote against helping others less fortunate, vote against climate change measures , do all this and hold his head high claiming to represent us all. He isn’t helping anyone except himself. He’s certainly not helping any one here , including , with due respect, you. I don’t much care for… Read more »
Vote Up38-12Vote Down
wellsm

Thank you all for your down ticks, no more than I expected from the left wing muzzle the opposition brigade :-)