Next week’s Scrutiny Meeting – the last before the election – will examine a new report on Floating Bridge 6. East Cowes Cllr Karl Love lays out his opinion of it in advance. 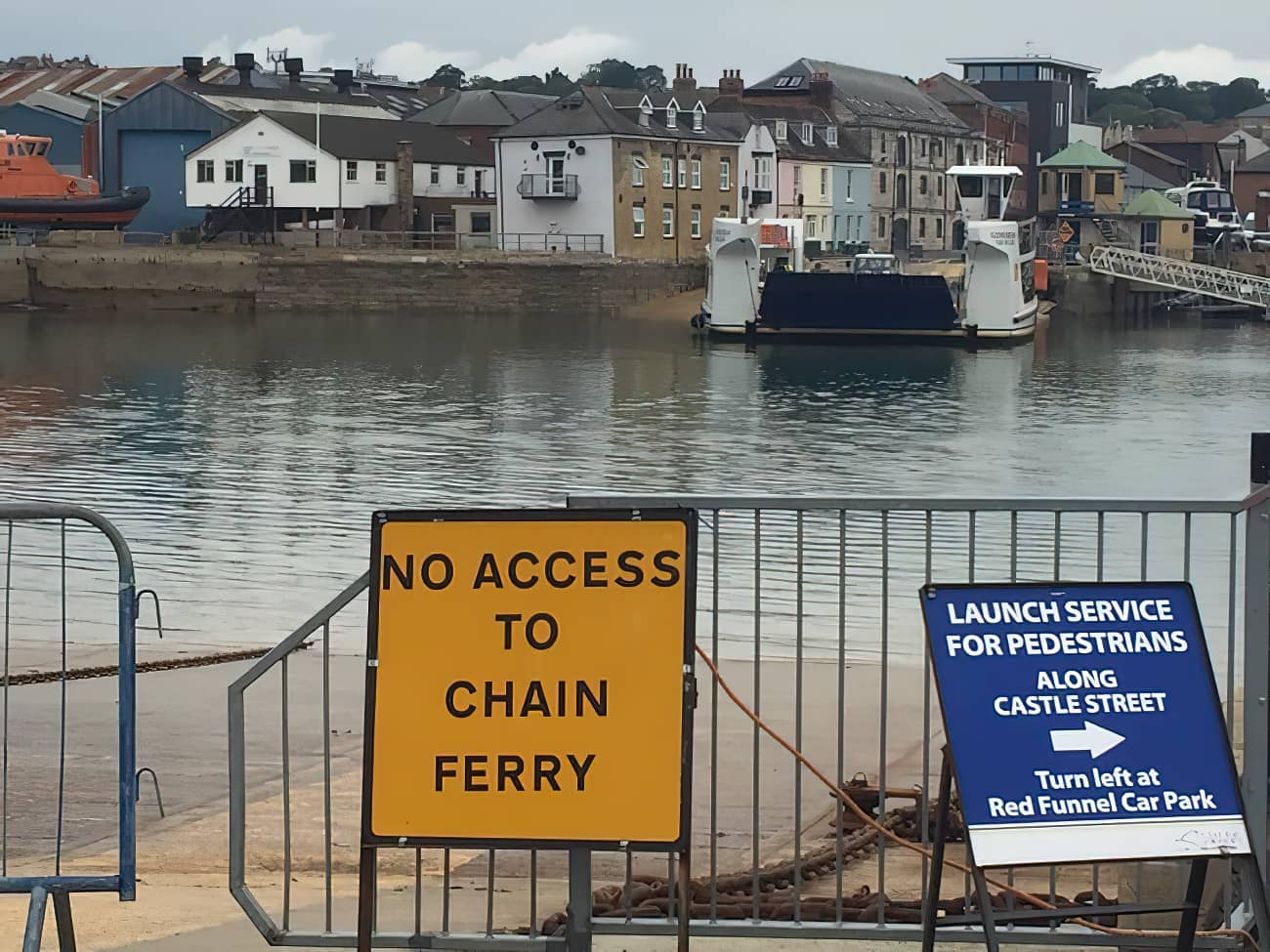 The Isle of Wight councillor for East Cowes, Karl Love, shares his views in his own words below on the papers released for next week’s Corporate Scrutiny Committee, where an update on the situation with Floating Bridge 6 will be presented. Ed

The report constructed for the Scrutiny Meeting on 9th March produced by officers of the council reveals nothing new.

Cllr Richard Hollis (Con) Chair of Scrutiny promised a grandstand reveal of myths and untruths, but these documents reveal nothing of the sort.

Rather, the grandstanding position from the Chair of Scrutiny, results in old regurgitated papers from the past and a report that effectively states it’s not possible to dive deeper into the subject until after the legal action is concluded.

Costly legal action
I suspect this legal action might all end in the same way of the promised legal action for Ryde Arena – a costly risk with no guarantee of success. Everything depends upon meditation and this is, of course, worth some effort.

In my view, Cllr Hollis set himself up as the great ‘Poirot’ detective at the last Scrutiny Meeting, indicating he could expose things that the former professional detective, Cllr Dave Stewart, didn’t find in his well-publicised 2018 inquiry.

Questions already asked
Does Cllr Hollis seriously not realise we’ve already asked many of these 43 questions, along with Cllr Stewart, in different formats?

The investigative skills of Cllr Hollis will, in my view, most likely not reveal any new information beyond that previously proclaimed in the inquiry of 2018.

A rehash of old ideas
Poirot might be too ambitious a title to bestow on Cllr Hollis after all! In my view, Aladdin seems more appropriate, as he magically conjured up some old questions and creates an illusion of intellectual progress.

I believe there is absolutely nothing new in the comments and reports he makes. They are simply a rehash of old ideas. This leaves the seemingly great proclamation of ‘exposing myths and untruths,’ by Cllr Hollis, looking, in my view, empty and distant.

No-one to blame?
The paper presented to Scrutiny seemingly suggests no-one is to blame for the procurement of the failed Floating Bridge 6 and what’s more, they want the Scrutiny Committee to note this, even in the face of reported incomplete data.

Replace the bridge
All we, the people of East Cowes, want is a plan of action for replacing the floating bridge and we have tried many different ways to present options mostly without success.

I can only conclude by saying hopefully the elections of May 2021 will bring about a more vigorous and determined action to bring this whole fiasco to a replacement conclusion.

newest oldest most voted
tracy
Is it common practice for the chair of the scrutiny committee to be the same party as the administration? It’s rather like marking your own homework. Yes, Dave Stewart has been bigging up the FB6 legal action, saying subject to a substantial claim, so we all rather hoping for the big reveal – delayed from Feb. I guess we should all tune into the corporate scrutiny meeting… Read more »
Vote Up840Vote Down
Eagle eye
I am not sure if you have watched any online meetings but they are a complete fiasco with the Conservatives showing nothing but contempt, disrespect and, in my opinion, bullying in its worst form. As it currently stands the island is undemocratic with suggestions and good ideas from independent councillors sidelined. These suggestions and good ideas are later picked up by the conservatives and claimed as their… Read more »
Vote Up90-10Vote Down
snowwolf1

Could make a mint on U-Tube viewings – more than the floating bridge. If only I knew how to go about it!

Just as a matter of curiosity who wrote this report? Not any of the Councillors presumably. Could it be that the permanent officers are ensuring that none of the blame flies in their direction either?

Vote Up57-2Vote Down
Benny C
Let’s get some proper facts in place. No legal action guarantees success. What a naive and sensationalist statement. Many lawyers have snatched defeat from the jaws of victory in the past, due to an unplanned mis-step. So, firstly, this is in some ways an equally distasteful grandstanding press release, which undermines itself by being written with a disrespectful slant to attract support. Shame on the author. We… Read more »
Vote Up35-2Vote Down