Lynnbottom slip road closed until 10am to restrict queueing

New measure will see no queueing in advance of the tip at Lynnbottom opening at 10am. The slip road will open for access once the tip is open. 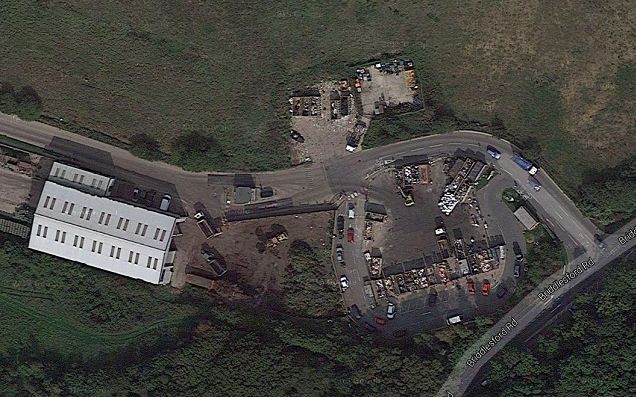 The council share this latest news, following a cut in 35 hours of opening times at Lynnbottom Recycling Centre. Ed

The council is taking measures to prevent queueing at Lynnbottom Recycling Centre, Newport.

The slip road, which has seen many residents queueing outside the recycling centre from 9am, causing disruption to traffic on Briddlesford Road, will be closed until the site opens at 10am.

This move means users will not be able to queue before this time and may be moved on by traffic enforcement. Once the recycling centre opens, the slip road will also open for access, which will enable vehicles to enter and queue in the normal way.

“Safety for residents on the highway network is paramount for the council and we again respectfully ask site users to avoid queueing at Lynnbottom before it opens at 10am. The queueing we have seen is affecting commuters travelling to work and creating the tailback we all wish to avoid. So my advice to people who wish to use the centre is to plan your arrival for after it opens. Data shows the congestion eases after 11.30am and is generally lightest after 3pm.

“We recognise this is not an ideal situation but if people can be more flexible about when they go to the tip, we should be able to reduce delays and maintain safety.”

The traffic congestion has also been impacted by a ‘perfect storm’ of roadworks on a number of roads into Newport, causing drivers to use the route in from the Robin Hill roundabout, at the same time as the build-up of traffic wishing to access Lynnbottom Recycling Centre.

Vehicles queueing from 9am cause of the problem
Cllr Michael Murwill, Cabinet member responsible for waste management, added:

“The council have been monitoring the situation on a daily basis to identify the reasons for the traffic delays and as well as the recent road works and the normal annual increase in footfall for this period, the vehicles queuing from 9am on the slip road has added to the congestion in the general Downend area.

“The decision to stop cars from queuing until the site opens will help prevent possible accidents occurring.

“We are also looking at existing issues and how they can be resolved to improve traffic flow, such as the problem with vehicles turning right to go to the Brading Downs, at the Hare and Hounds traffic lights.”

Lynnbottom Recycling Centre is open seven days a week, between 10am and 6pm.

newest oldest most voted
Colin
What a pathetic response from the IWC. Having created this shambles by reducing the hours of opening they are now seeking to punish you should you dare to be early. Coupled with the failure of the Council to repair the bus station toilets in Newport and the floatie saga, this has to be the worst IWC since the Pugh administration. Completely out of touch. Local services are… Read more »
Vote Up62-1Vote Down
the auditor

This latest shambles beggars belief. More proof, if any were needed, that the IWCC is not even fit to organise rubbish disposal, let alone a party in a distillery.

Vote Up460Vote Down
Colin
Just in case the IWC doesn’t know how to resolve the situation it has created, here is my suggestion. Open the gates at 7am. Shut them at 8pm. Put an employee at the top of the ramp to direct cars to empty spaces, because the poor design of the ramp approach means you cannot see down the line for any spare places. Maybe the meet and greet… Read more »
Vote Up35-1Vote Down
chartman
Sometimes they do have someone directing cars at the top of the ramp- that is essential to the efficient stacking of vehicles…They also have a ‘job’s worth’ (sorry) asking each entrant what they have to dispose of and then telling which bay to go to.That seems to me to be a waste of an employee’s time. At the end of the day, no matter how good any… Read more »
Vote Up16-9Vote Down
block8

I agree with what Colin says.

Does anyone know how much savings are being claimed to be being made by reducing the opending hours by 35 hours a week?

Vote Up270Vote Down
Sally Perry
See item 12 on this appendix (http://wig.ht/2kGx) from last year’s budget (when the reduction in opening times was approved). Savings for each year for the next three years was due to be £84,500 – however that related to different opening times. Rather than the proposed 9am-6pm six days a week, the opening hours are now 10am-6pm seven days a week – I’m not sure whether that equates… Read more »
Vote Up19-3Vote Down
block8

Thank you Sally. Just enough to keep JJ in lucrative employment then.

(TBF I wanted the information for the letters of complaint i intend sending off later today).

£ 85K – I bet this won’t go very far in clearing up any increase in fly tipping!

I notice that nobody has yet defended the decision to reduce hours and close the slip road pre-10am, you’d think that would actually give the IWC a clue as to what people want wouldn’t you? No doubt we’ll have a new group called fly-tipping watch soon and the IWC having to make a budget allowance for clearing it up.

The reduced hours and further restriction to access will do nothing to alleviate backed up traffic from Lynnbottom to Downend. This road has become unusable without significant delay during most business hours.

I wonder if the council considered a shift pattern? For example- Day1: 7am to 3pm; Day2: 11am to 7pm etc. Or something along those lines. That would satisfy everyone wouldn’t it ? Those that can only go after work…. Those that want to go before work and the rush hour jams would ( statistically) be avoided.

Vote Up22-2Vote Down
block8
I was thinking about sensible recycling and for some reason thought about the former thinking cap CEO, Joe Duckworth and his eco island. We are due to be a fully functioning eco island by 2020 – so we had better get our skates on people. Anyway – I saw the vision for Eco Island and thought it worth repeating; “We want the Isle of Wight to become… Read more »
Vote Up160Vote Down
sculler

People vote for an authority and a government that have openly admitted that they intend to reduce spending and when that reduction makes life slightly less pleasant for the voters they whinge. There was no great clamour when help for homeless or people needing social care is taken away. However open a tip an hour later and 45 thumbs up supporting a complaint.

Vote Up15-1Vote Down
mariner58
A comparatively minor point to add. This week was the last week of the published waste collection booklet and timetable. Not only has the new one not arrived but neither is it available on the Council website. A phone call discovered that, two working days before it comes into force, it has still not been published. As I said, a minor matter, but one more reason, on… Read more »
Vote Up130Vote Down
electrickery

On this forum everybody agrees that IWC is not fit for purpose. But why should they worry? They can be assured that all the blue donkeys will get re-elected next time. Unless YOU do something about it! (I keep trying but apparently I am not democratic enough, or something)

Identify those that are unfit/incompetent and don’t vote for them next time round. Easy.

Vote Up50Vote Down
Rhos yr Alarch
I’m not sure these points have been made? 1 – The free kerbside garden waste collection has now ceased. It is only now available via a “subscription service”. Is it known to what extent this has increased overall visits to the site – I for one now visit it every time I would previously have requested a collection? 2 – The queues outside the tip are by… Read more »
Vote Up70Vote Down
chartman