The Isle of Wight is the first constituency in the UK to host a dedicated event for both the candidates in their quest to be the next Prime Minister. Opposition parties share their views on the visit. 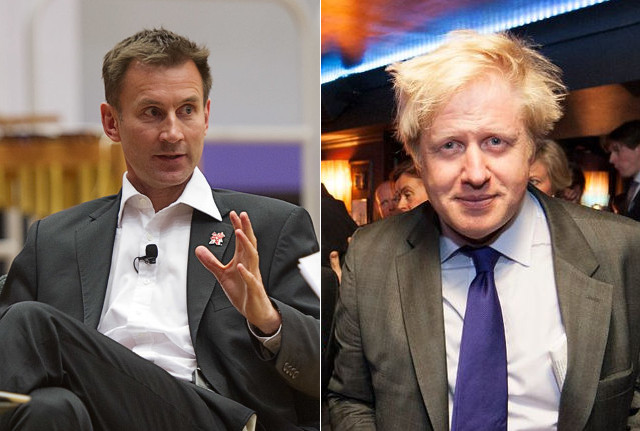 On Thursday this week the future Prime Minister of the UK will be spending time on the Isle of Wight, as candidates in the Conservative Party leadership race, Jeremy Hunt and Boris Johnson, attend an event.

According to the Isle of Wight MP, the Island is the first constituency in the UK to host a dedicated event for both the candidates in their quest to be the next Prime Minister. Paid up members of the Island Conservatives have been invited to purchase £15 tickets for the event at a secret location.

“The fact that the location and time of this meeting is being kept hidden from ordinary Islanders is symbolic of how the Tories have gone about this whole circus.

“The only thing their ragtag band of candidates has agreed on since the start of this sorry process, is that the little people should have no opportunity at all of choosing their next Prime Minister.

“Instead, the Tories once again treat the country as some sort of unwanted captive audience, rather than citizens with democratic rights.”

“It is standard practice for Conservative Party members to be charged to attend political and social functions, particularly where there are catering and other costs involved. This event is no different.

“It is not unusual for the location of such high-profile events to not to be disclosed until just beforehand to those who have registered and been accepted to attend.

“I and the Isle of Wight Liberal Democrat’s are against all forms of domestic violence. Recent stories about Boris Johnson emphasises the importance of this issue and of supporting affected families.

“The upcoming Island visit from potential leaders of the Conservative party to speak to their members has invoked strong opinions and divisions,  particularly on the appropriate behaviour and credentials of a future PM.”

“We believe that potential leaders of a political party must be held accountable, and allowed the opportunity to answer questions from party members. We support the chance for a few Islanders to ask such questions.

“We would also welcome the opportunity for all Islanders to address the next Prime Minister on how they would support the Island and ask them to address problems we face locally.

“Our Liberal values and approaches are very different to the contenders but we believe in the democratic right of their party members to vote for a new leader. We also support the right of any Islander to object to the presence of either contender, whether supporting the rights of domestic abuse victims, or against the ability and approach of either of them which we believe would have a destructive influence on our economy and country.”

“Our country is in crisis, we have been given only six months by the EU to solve the Brexit impasse – and yet our dreadful government are utterly wasting the precious time we have to move forward. They are looking inwards and discussing only amongst themselves – whilst the clock is ticking.

“This visit of Boris Johnson and Jeremy Hunt to speak with fifty Party members on the Island is symptomatic of the complete contempt the Conservative Party holds for the wider public. One of these men will be our Prime Minister – and so they should be prepared to speak with and hear the views of all the residents of the island, not just a narrow clique.

“In a week where a Conservative minister man-handled a female climate campaigner, and the police were called to by concerned neighbours to the residence of another, Boris Johnson has failed to properly address journalists’ questions about his character and fitness to lead. If neither the press nor closed meetings are able to thoroughly scrutinise our future leader, then I completely understand why a group of Islanders feel they need to gather on Thursday to vocalise their concerns.

“One of these men will be our Prime Minister too.”

“I’m delighted that both Boris and Jeremy are visiting the Island this Thursday.

“One of the things that I promised when Islanders elected me as their Member of Parliament was that I would make sure that the Island had a higher profile in Whitehall and that Islanders would be listened to by our national leaders.

“The Island is the first constituency in the UK to host a dedicated event for both the candidates in their quest to be the next Prime Minister.”

Activists say they will protest at the arrival of Boris Johnson on the Island, in protest at the way allegations of domestic abuse have been handled.

18 Comments on "Opposition parties comment on Johnson and Hunt visit"

newest oldest most voted
jgregson
Well there was some indignation when Gordon Brown was handed the job of PM. Namely from one Boris Johnson who said: “It’s the arrogance. It’s the contempt. That’s what gets me [about becoming Prime Minister without an election]” AND “[It’s] a transition about as democratically proper as the transition from Claudius to Nero. It’s a scandal”. But then we can’t believe a word he says can we?
Vote Up35-5Vote Down
Mark L Francis
Claudius was poisoned by his wife, Nero’s mother – but more like the transition from Nero who stabbed himself (then bottled it & had to killed by a slave) and Otho, who was Emperor for a very short while, then assassinated by his guards and largely forgotten, followed by 2 more in the same year who went the same way. “History repeats itself; the first time as… Read more »
Vote Up40Vote Down
Alternative Perspective

If you don’t like it, then vote that Party out of power in the next General Election.

There was though, with Boris leading on it

Reply to Another Perspective

There has never been an event such as this.

It is a joke, a kick in the teeth.

Look it up, google it – never have we had an idiot imposed on us like this.

Anyone that think this thing that is Boris Johnson would be be a good idea is so very very deluded.

“The Isle of Wight is the first constituency in the UK to host a dedicated event for both the candidates in their quest to be the next Prime Minister.”

I guess both candidates want an uncontentious start in a soft Tory heartland.

Certainly is a soft Tory Heartland. You could put a blue rosette on a pile of dog poo, and it would win a majority here.

Did Labour/Lib Dems/UKIP/Greens have open hustings on the Island? No.

Fair point, and well made. The only leaders of parties (that I am aware of) in recent years have been Lucas, Bennett, Barclay and Farage to have made the trip. Now that the future PM is here (I belong to no party and loathe the bunch of them) is credit to the local Tory Party.

We have never had a prime minister imposed on us in this manner before.

There is usually a general election to select a prime minister.

Democracy in the United Kingdom is lost.

Of course we have! Theresa May herself was made PM after a Tory leadership election in 2016. Another notable example was John Major in 1990.

But I do agree your sentiment. If not lost, democracy here is somewhat broken.

So, a grotesque process in which a PM with no popular mandate is about to be foisted on us in the middle of a huge national crisis. Similar to Venezuela?

Vote Up9-7Vote Down
blues26
I wouldn’t give these two privileged idiots the time of day. Their only interested in business and those that exploit decent hard working people. I bet they only go to snobby Cowes to meet up with the other hooray henries and discuss how they can impose more cuts and get us to pay more to support their ruling class lifestyles. We need a general election, time for… Read more »
Vote Up11-6Vote Down
Rockhopper

Those of us who do not vote Tory do not have the option of taking them to task on this occasion and I certainly agree about a general election.
However, I am interested to know why you consider Cowes to be “snobby”. Sounds like a large chip on your shoulder…

“The Prime Minister has changed 24 times since Herbert Asquith left office in 1916, although only 19 different people have held the post. It changed 12 times without a general election.” https://fullfact.org/news/unelected-prime-ministers-common-or-not/

I left Party after Theresa May’s multiple broken promises and her cohorting with the Leader of the Opposition. Nonetheless I recognise this is a tremedous coup by our MP and the Association Chairman.

I will say this again why should you have to pay to hear your own party talk. Catering won’t cost that much. Secondly the reason the event was kept secret was because it was a publictity stunt. It makes the candidates look good on TV if there are no protesters and no award questions can be asked